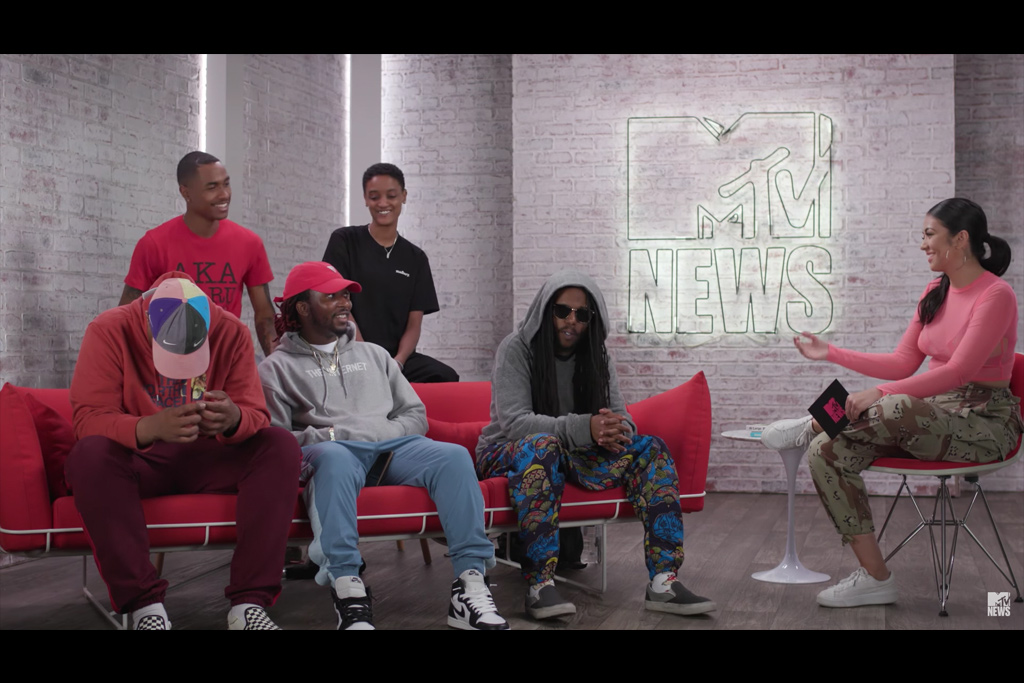 Chatting with host Gaby Wilson, the 5-member collective spoke openly about getting back to new music together so quickly after doing solo work, it was just a natural progression they explain. While talking about some of their early sessions for the album, and creating the lead single “Roll (Burbank Funk),” they reveal that on this new project, everyone except Chris has moments on the mic.

Fans can expect the uptempo and upbeat vibes of “Roll,” and the recently released “Come Over,” to continue across the whole album. “This album has a lot more attitude with tempo,” says Matt Marsians. Continuing, “this album is more mature than ‘Ego Death’.”

The band share some stories about recording for the album in different places and how it inspired them. They also break down the concept behind the groovy music video for “Roll.”