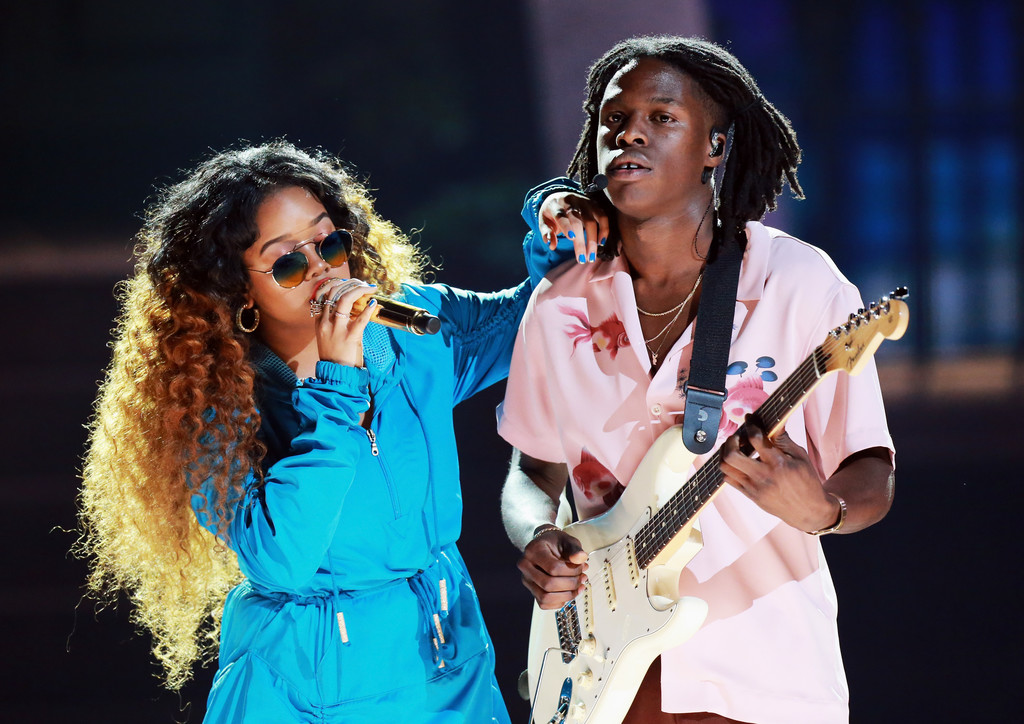 On Sunday night (June 24), the 2018 BET Awards returned to the Microsoft Theater in Los Angeles. Featuring an all-star lineup of Hip-Hop stars from Meek Mill to J. Cole to Nicki Minaj the show was filled with many dynamic performances. And, R&B was represented at a higher level than in many years past. With breakout acts who are on the top of people’s favorite new artists lists to poignant messages from some of today’s established stars, it was another legendary year for the BET Awards.

If you missed the show live, catch performances from H.E.R. & Daniel Caesar, Miguel, Ella Mai, SiR, and Janelle Monáe below.

Miguel’s performance of “Come Through and Chill” was just as dreamy as the white suit he donned. Set in front of a large screen with clouds, the singer waltzed around the stage, often slipping into a few subtle dance moves before bathing under soft blue lights at the top of stacked white stairs at the end of his performance.

Shrouded by clouds of smoke with teal and pink lights illuminating her stage, H.E.R. dipped back into her debut EP H.E.R, Vol. 1 for her hit “Focus.” The minimalist melody gave the up-and-coming singer just enough room to flex her warm, silvery voice that later morphed into buttery vocal runs. She transitioned into “Best Part” and was joined by Daniel Caesar, whose heavenly warble enveloped around H.E.R’s voice with ease.

Following an introduction from fellow rising stars Chloe x Halle, Ella Mai delivered an effortless performance on the smaller Nissan stage of her No. 1 single “Boo’d Up.” Dressed in an oversized black leather jacket and ripped jeans, the British songstress had the crowd singing along to the DJ Mustard-produced hit off her Ready EP.

Janelle Monáe shut down the BET Awards with a scorching performance of her empowering single “Django Jane” as she flexed her rapping chops. The performance was dripping in black girl magic, as Monáe was surrounded by an army of black female dancers who kept the energy levels at an all-time high as she closed out her set with “I Like It.”

Additionally, up-and-coming TDE crooner SiR was invited to perform on the Nissan stage as he introduced his talents to many viewers across the world. The Inglewood native broke it down with a smooth performance of the song “War” off his early 2018 album November.