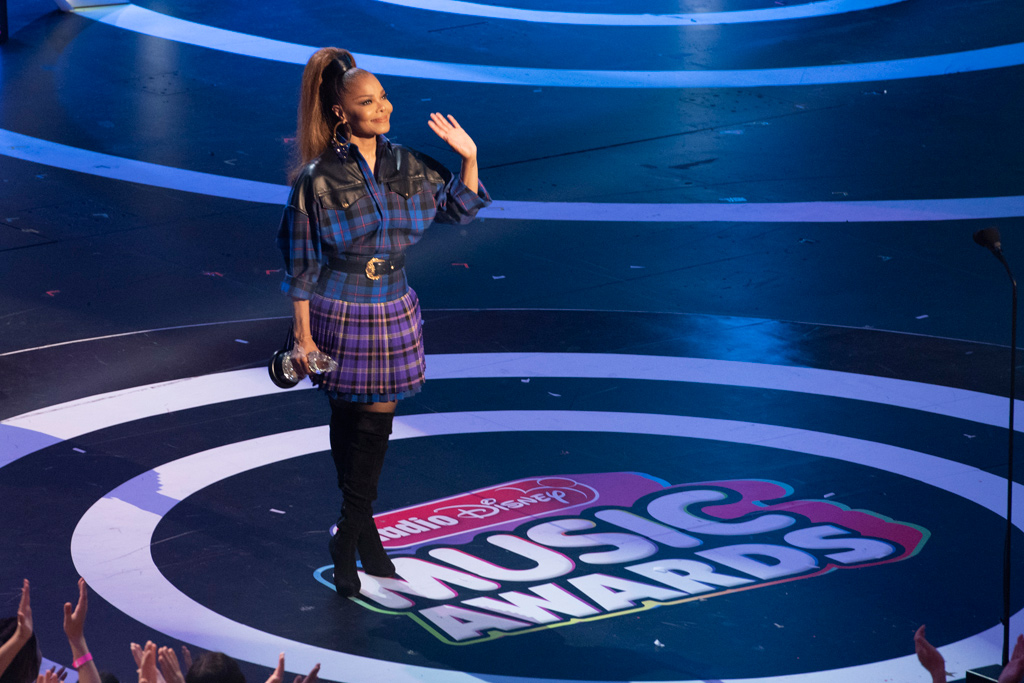 Two of her biggest fans, Normani and Raven-Symoné, took the stage to present the award. “I remember wearing out the carpet in my grandmother’s living room trying to recreate the dance moves in her video,” said the Fifth Harmony singer. “Now every time I take the stage, a part of her spirit is in every move that I make.”

Simone also gushed about her idol. “I have made it clear that Janet Jackson is my one and only icon,” she said. “I too grew up watching her and idolizing her. This moment is a dream come true.”

Janet took the stage to a standing ovation. “It’s beautiful and its humbling to be recognized as someone who’s had a positive impact, but if I’ve been fortunate enough to impact others, it’s only because I myself have been greatly impacted by positive people in my life,” she said.

She also acknowledged her family, including father Joe Jackson, who was recently hospitalized with terminal cancer. “My mother nourished me with the most extravagant love imaginable,” she said. “My incredible father drove me to be the best I can. My siblings set an incredibly high standard, a high bar for artistic excellence.”

She continued, “This means so much to me coming from all of you. It really does. Your gratuitous acknowledgement will surely inspire me to continue to grow as an artist and as a human being.”