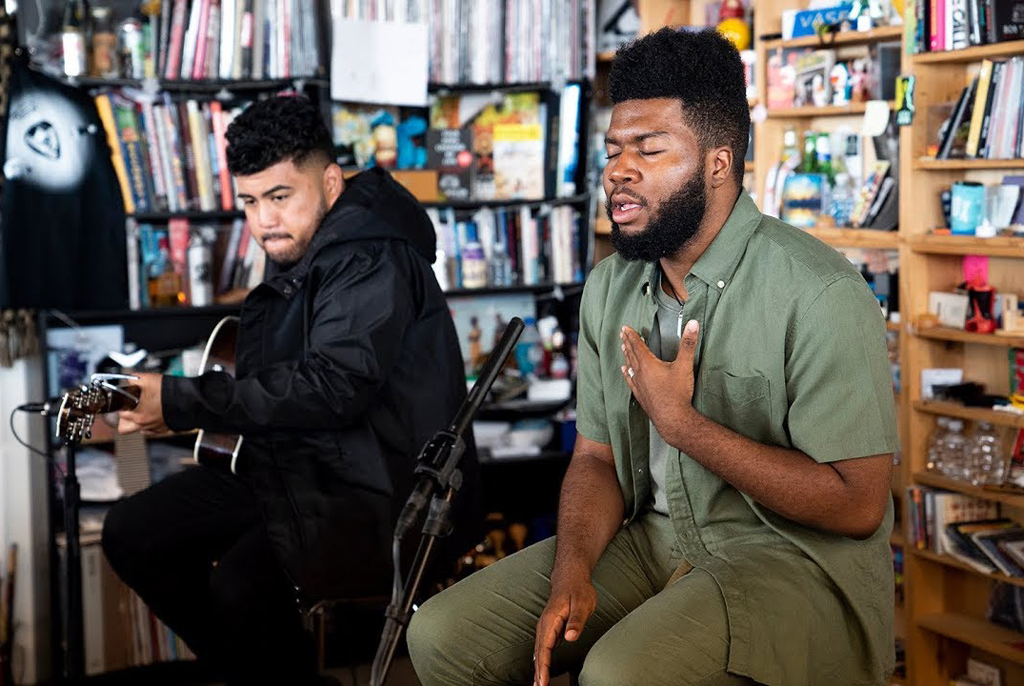 NPR has been on a roll with their famous ‘Tiny Desk’ concert series, lately featuring some of R&B and soul’s hottest young stars, including Daniel Caesar with H.E.R., Jorja Smith, and now Khalid. The 20-year-old star recently made his inaugural appearance on the Tiny Desk with a performance of singles off his acclaimed debut album American Teen.

Joined by acoustic guitarist Jef Villaluna, the five-time Grammy Award nominee captivated the live audience with his three-song set, which he opened with the teen anthem “Young, Dumb & Broke.”

Khalid’s second song was his breakout hit “Location,” which is now four-times platinum. He told the audience about how he wrote the record in 2016, when he was just a senior in high school. “’Location’ is a really personal song for me and it was only like the sixth song that I had ever wrote, so for that song to do what it did in 2016, and it’s like still doing things two years later, is crazy,” he recalled.

Before singing the final track, “Saved,” the singer-songwriter opened up about an encounter with one rude commenter on SoundCloud when he was first starting out, who tried to undermine his music and talent. But he didn’t let the negativity affect him or his progress.

Khalid continues to remain busy with new music and recent features, including “Stay” off the UNCLE DREW soundtrack, “This Way” feat. H.E.R. off the SUPERFLY soundtrack, and “Ocean” with Marin Garrix