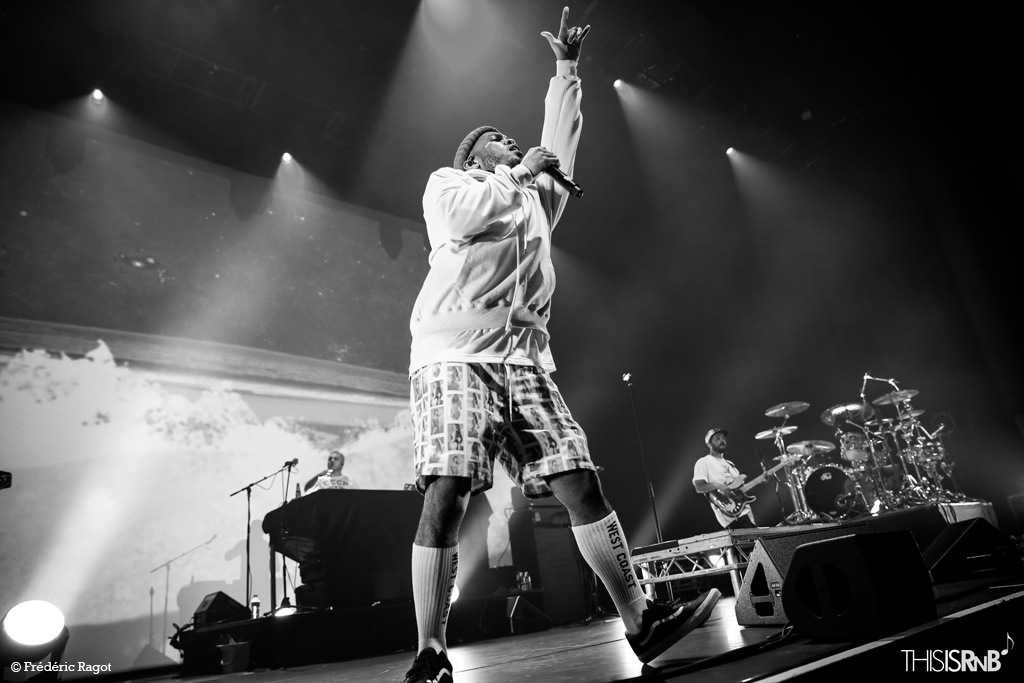 Two years after the release of his breakout album Malibu, and with his anticipated third album on the way, Anderson .Paak is back on the road. Following a string of festival performances and opening for the likes of Beyoncé and Bruno Mars, the singer/rapper is bringing his funky sounds across the world. Accompanied by his band The Free Nationals–consisting of Jose Rios, Ron Tnava Avant, Kelsey Gonzales and Callum Connor–the California native performed at Salle Pleyel in Paris on July 1 for the first stage of his new world tour.

Always unclassifiable, with his mix of soul, hip-hop, jazz and funk, the protégé of Dr. Dre delivered as usual an energetic set, but longer than expected. In the past, Anderson has typically performed for around 45 minutes, but this night he delivered a nonstop jam for nearly an hour and a half. Paak, who spent nearly half of his show behind the drums, performed new tunes like his latest “Bubblin,” plus his classics “Am I Wrong,” “Parking Lot” and “The Waters,” and more including a new song call “Gidget,” for the packed crowd.