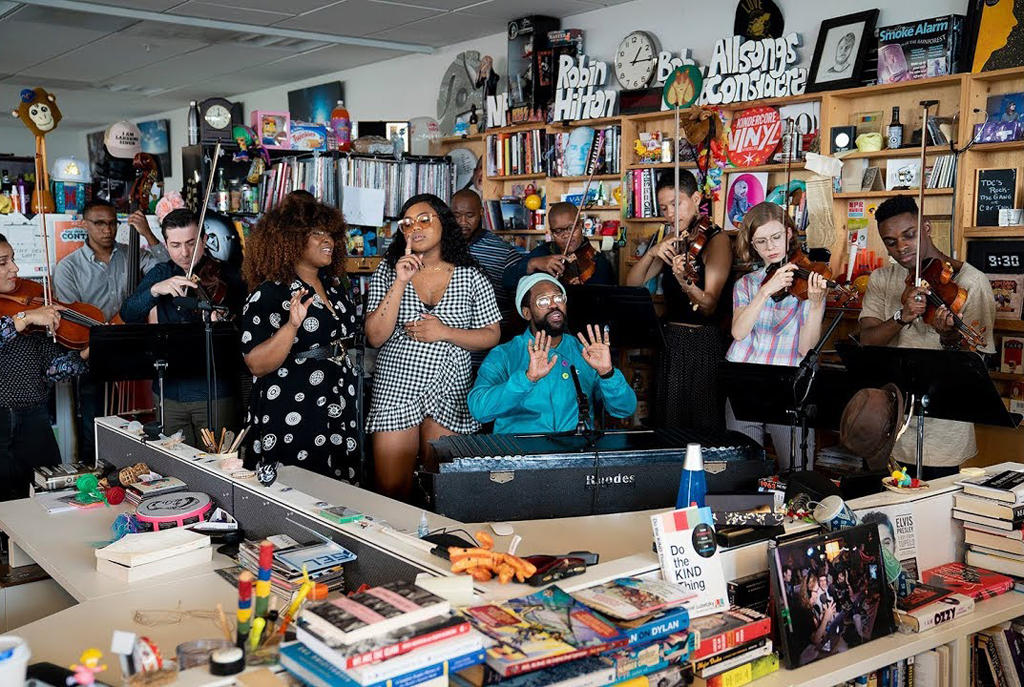 If you’re a PJ Morton fan and if you’re still reeling from his amazing unplugged performance of his Grammy-nominated album Gumbo, than continue enjoying his soulful sounds with his new NPR ‘Tiny Desk’ concert.

Via NPR’s Rodney Carmichael – “Staying true to his own musical vision has always come first for PJ Morton. So when he expressed his desire to squeeze a 10-piece string section behind the Tiny Desk for his three-song performance, we were more than happy to oblige him. Morton showed off the soulful Fender Rhodes chops that helped him earn a mentor in Stevie Wonder and membership to Maroon 5, while backed by percussion, bass and the same Matt Jones Orchestra that accompanies him on his soulful solo releases, Gumbo and Gumbo Unplugged. New Orleans’ musical lineage seasons the entire set of his Tiny Desk performance, including the second song, “Go Thru Your Phone,” on which Morton’s joined by backing vocalists The Amours. All together, it made for a total of 15 musicians squeezed behind Bob Boilen’s desk — not to mention Matt Jones, conducting off-camera.”