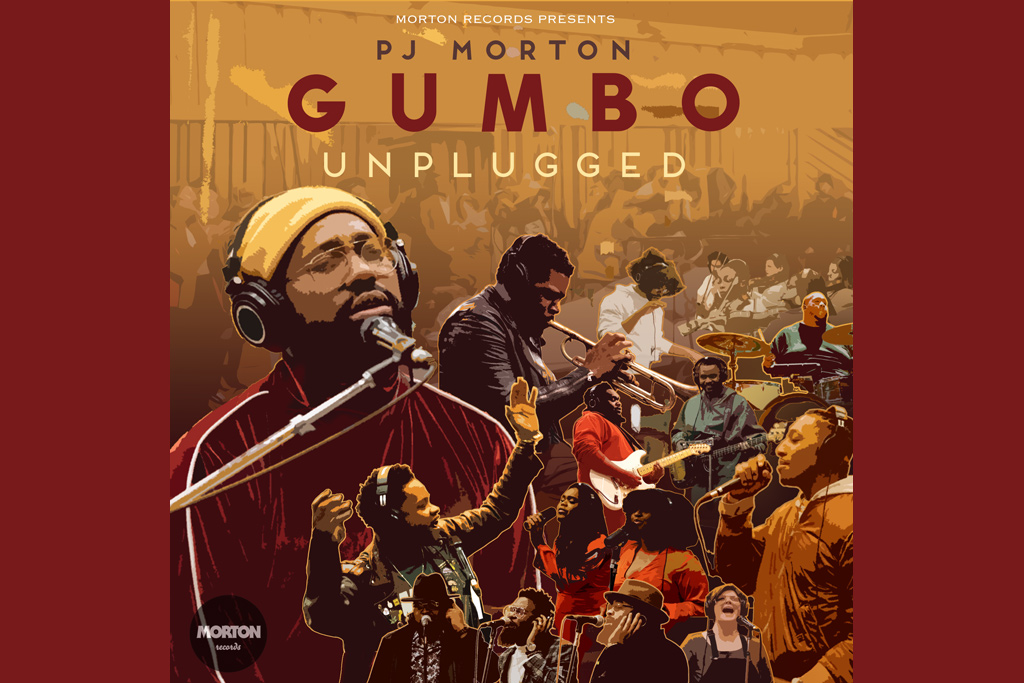 Accompanied by the Matt Jones Orchestra — as well as guest performers BJ The Chicago Kid, YEBBA, The Hamiltones, Lecrae, Keyon Harrold and more — the album was tracked in front of dozens of lucky fans in one seamless take at fabled Power Station Studios on January 26, 2018, capturing the unique, infectious energy that courses through every PJ Morton performance.

“‘Gumbo’ is a record that I went home to New Orleans make,” says PJ. “It’s actually the first album I ever made at home. It was really special to me. It got me back to a place of where I fell in love with music. I wanted to bring the album to life, and do a version of it where you could feel everything that’s on the record and the room. And let people see how it was made.”

Gumbo Unplugged sees its official release through PJ’s own Morton Records. The new company is Morton’s self-launched label that he brought to his native New Orleans as part of his vision to create a modern-day Motown, developing and exporting local talent.

Stream the album and watch the full performance below!