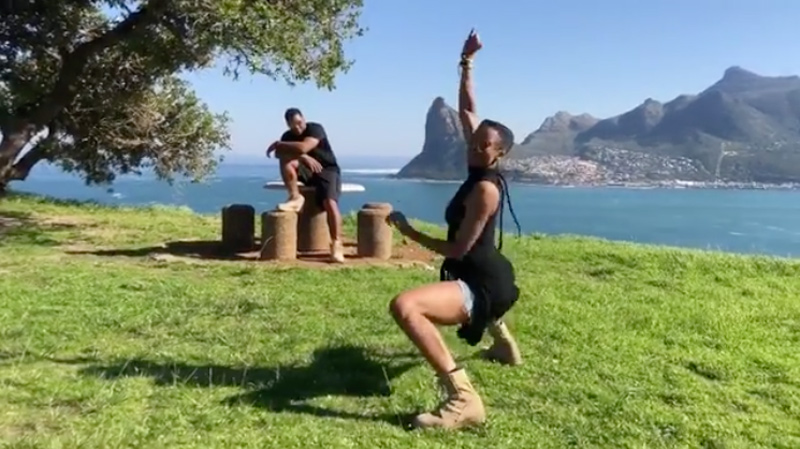 Ciara and Russell Wilson’s life is just different. The singer and her NFL star husband are currently in South Africa and they decided to take part in the new social media dance challenge (#InMyFeelingsChallenge), which is set to Drake’s new song “In My Feelings,” off his platinum album Scorpion.

Last week, Instagram star Shiggy went viral when he sparked the new dance challenge set to the song and his video has since accrued millions of views. New York Giants wide-receiver Odell Beckham Jr. then posted his dance rendition, and several celebrities followed suit, including the Wilsons.

Hoping out of their S.U.V. at a scenic overlook in Cape Town, Ciara and Russ jumped right into their rendition of the fun-filled choreography, with Cici playing front and center and Russell posed up in the back. After playing it cool through some of the moves, the quarterback posts up and watches his talented and beautiful wife twerk it out for the camera.

When you and Bae #DoTheShiggy On Top of Cape Town on ur #Honeymoon. @DangeRussWilson #InMyFeelingsChallenge

Ciara wasn’t the only R&B artist to get in the dance challenge either. K. Michelle–who is all healed up after a recent surgery, showed off her two step moves in an Instagram video over the weekend as well. And, she did hers in heels.

Check out Shiggy’s original clip below.