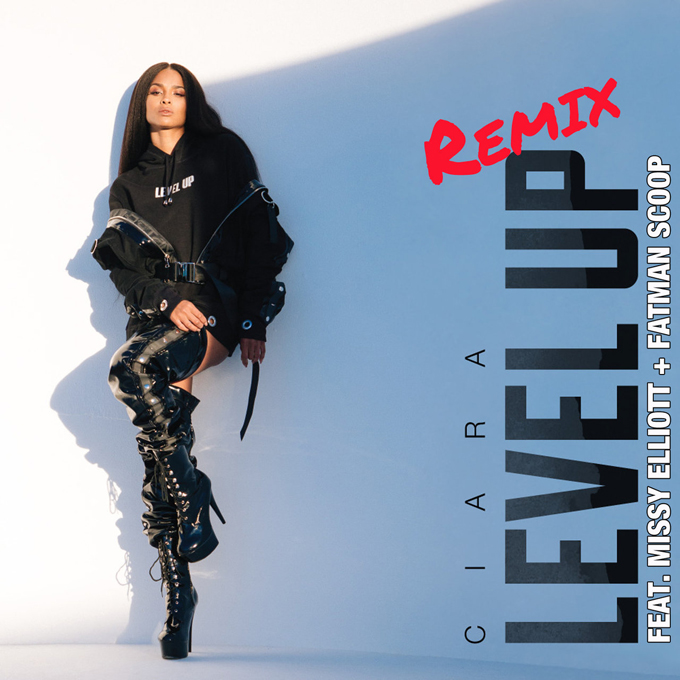 Ciara reunites with Missy Elliott and Fatman Scoop on the remix to her dance floor-ready bop “Level Up.”

Thirteen years after collaborating on the Grammy-winning “Lose Control,” CiCi enlists her pals for a supersized remix. Fatman Scoop plays hypeman while Missy bounces over a sample of DJ Telly Tellz’ viral “Fuck It Up Challenge.”

“I feel good and fly today / And I ain’t worried about shit, no way,” raps Misdemeanor on her electrifying verse. “I level up, get money and double up / Now ya’ll can’t sit with us / Ya’ll gossip folks, ya’ll jealous.”

Ciara’s new single has also inspired the “Level Up” dance challenge on social media, with fans performing their own moves inspired by the music video.

Take it to the next level with CiCi and friends.