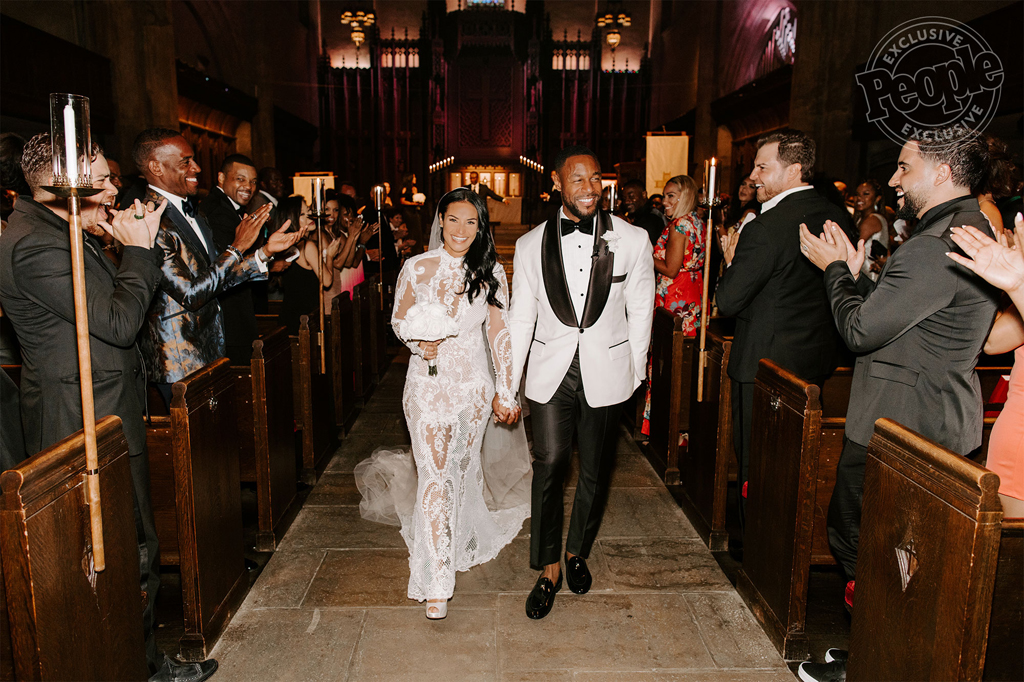 Congrats are in order for R&B General Tank and Zena Foster. The longtime couple have officially tied the knot!

The “When We” singer, born Durrell Babbs, 42, and his longtime love Zena Foster, 40, said “I do” on Sunday (July 22), in front of 200 friends and family at the First Congregational Church of Los Angeles.

“I’m excited to see her walk down the aisle, her dress and her whole heavenly aura just captivate the place,” Tank told PEOPLE just ahead of the big day.

The bride wore a lace J’Aton Couture gown from Lovella Bridal for the ceremony before slipping into a dress by Zahavit Tshuba for the reception. The groom and his groomsmen stepped out in tuxedos by Greyscale with Tank in a custom bowtie by DLeak. 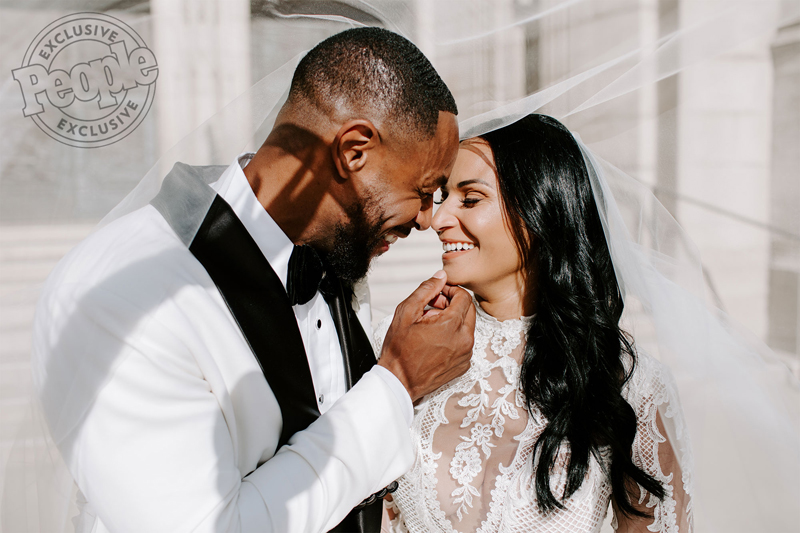 Among the spiffy groomsmen, was the groom’s close friend of 15 years, Jamie Foxx. Not only did Foxx show up to support Tank, but he also provided some comic relief for the big occasion, before later performing for the couple. “I’m looking forward to him cracking jokes on the wedding day,” Tank said. “The goof ball session is going to be at an all-time high when we’re standing there.” 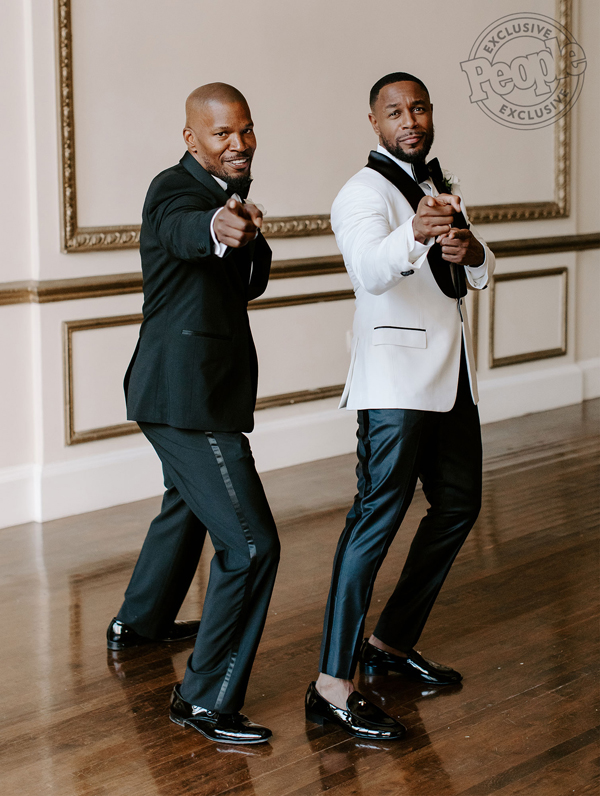 Other notable members of the bridal party were the couple’s two children together, daughter Zoey, 10, who served as a junior bridesmaid and son Zion, 3, who was ring bearer. Best Man duties went to R&B singer J. Valentine. After exchanging rings designed by Leor Yerushalma of The Jewelers of Las Vegas, the pair sealed their new life together with a kiss.

“This day represents the beginning of forever,” says Tank. “To find the person you lost once before and having the opportunity to make sure that doesn’t happen again is everything.” 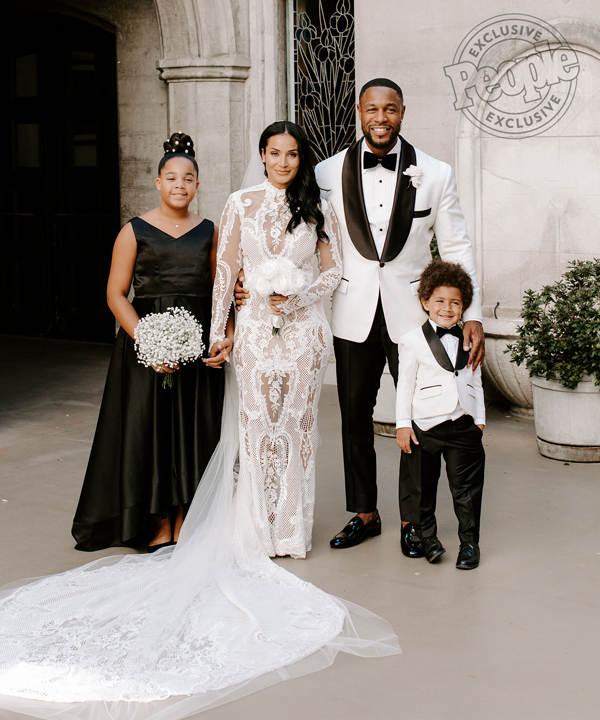 The pair, who first met 18 years ago, previously dated, welcomed their first child together, and then broke up.

“When we were together before I felt like she was the one,” he says opening up about their journey. “I had given her a promise ring and then life happened. People make mistakes. At the time you’re like, ‘Okay, maybe I was wrong.’” Despite the issues that lead to their split (“There’s two parts to it, I own my piece and she owns hers,” says the star) the couple stayed in contact while co-parenting their daughter, eventually finding their way back to one another nearly four years ago.

“I think we both ended up having to go through our own personal journeys. In my mind I thought I’d never even go out on a date with this woman ever again in life,” says Tank. “And then one day I look up and we’re living together and we’ve got another baby on the way and we’re in love again. It’s just one of those things where we just couldn’t fight it.”

He adds, “All the mistakes that we’ve made it still didn’t change the fact that I loved her that much and wanted this for us. They say ‘In God’s own time’ and he really put some time together with us, to make this what it is.” 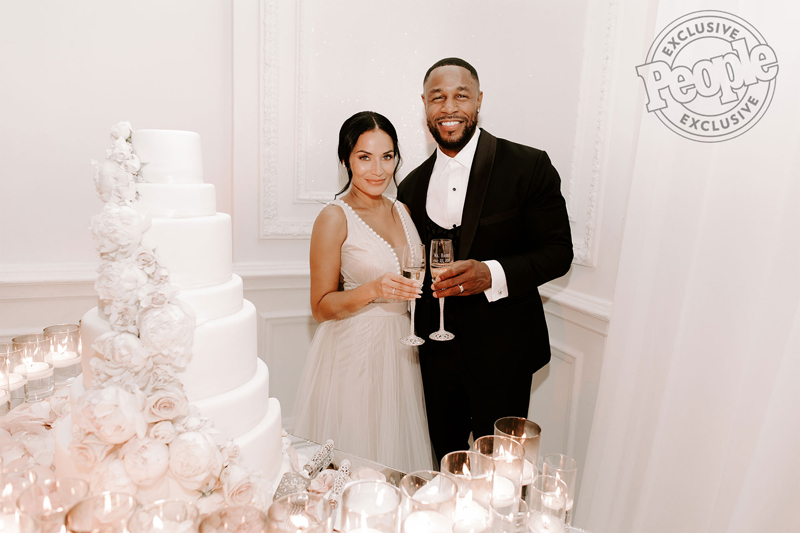 In all it was a sentimental affair for Tank, who was married once before and is also father to kids Jordan, Ryen and Durrell, Jr. from previous relationships. As far as marriage, “I feel like I’m getting an opportunity to do it the right way, and the way I’ve always wanted to do it,” he says. “I think the overlying tone is, I just want her to be happy 100 percent. I’ve just been trying to make sure that she’s the happiest bride ever.” 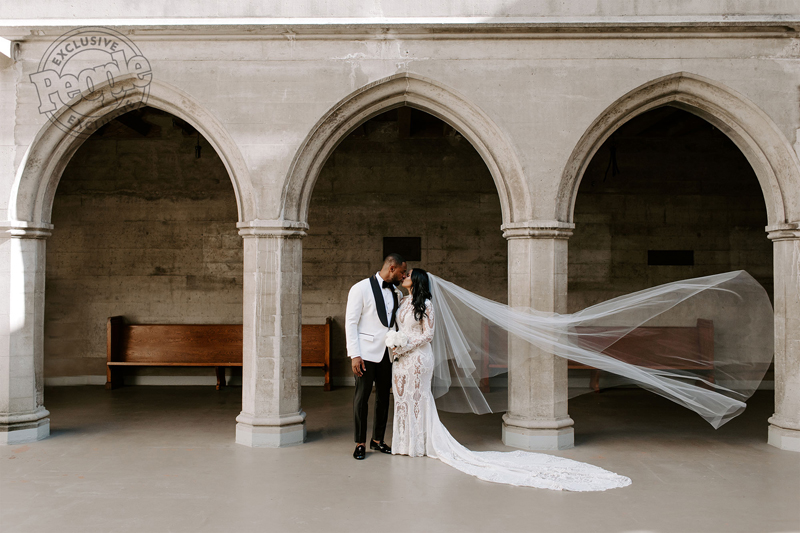