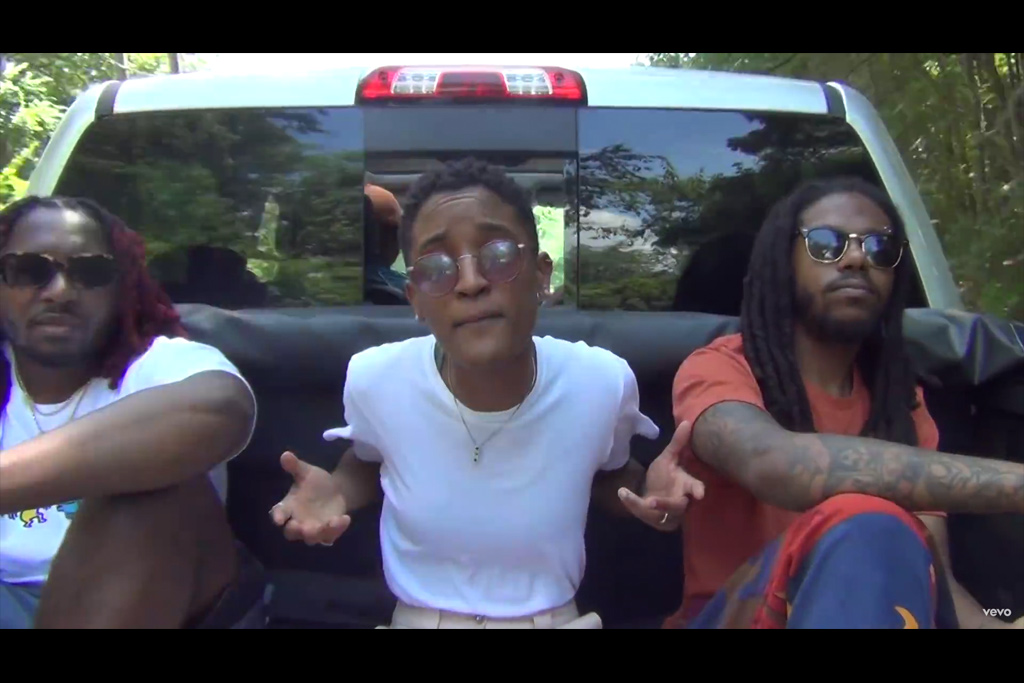 The Internet are making it a feel-good summer.

Only days after releasing their fourth studio album Hive Mind, the funky R&B band premiere the music video for “La Di Da,” the latest single off the project.

A bright sunny day sets the tone for the upbeat jam’s party vibes as the band ride in a pickup truck to a grassy park. Sitting in the back cab, Syd opens the groovy cut. “I move like the silent g in designer,” she sings. “Real talk, something to say / My groove right / I might snatch up your wife / Smooth like it’s nothin’ to me.”

Poking up out of the sunroof, Guitarist Steve Lacy delivers the sultry chorus. “I just came to dance,” he sings. “Wanna move / I can’t with you / Sayin’ la di da, la di da.”

After their day at the lake The Internet appear in a dark room to continue performing the smooth, syrupy bass led song. The Matt Martians-directed video then fades out and transitions into the sultry slow jam “Wanna Be,” with a closeup shot of Syd, who sings: “Early in the morning / She’s running through my mind again / Girl, you got me wondering / If we should be more than friends.”