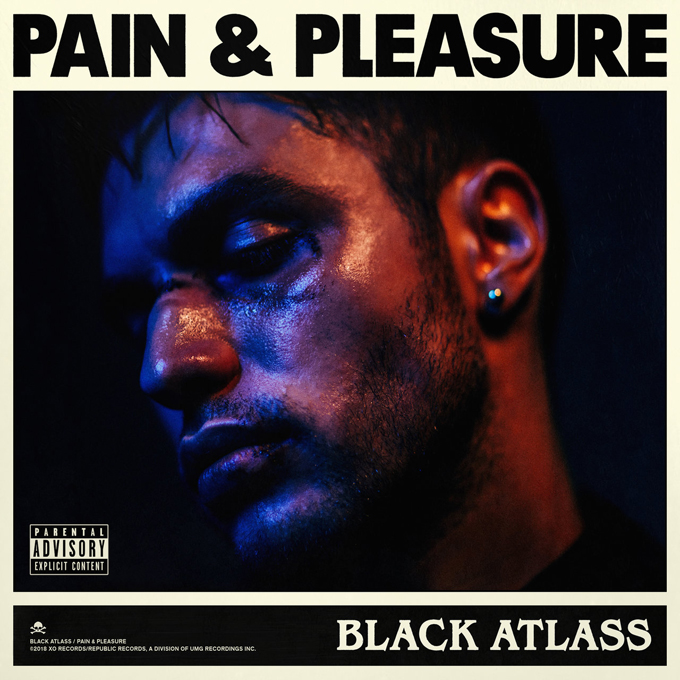 Preceded by the title track and first single “Pain & Pleasure,” the album includes eight anthems from the enigmatic and engaging artist. Opener “Something Real” dips from sparse production into shimmering synths elevating his fiery falsetto into focus as he croons the invitation, “Baby let’s take a ride.” Elsewhere, orchestral strings resound over the seductive slow grind of “Fantasy” as well as the nocturnal “Shadows,” while “My Life” concludes this ride with jazzy keys, glitchy percussion, and more climactic vocal fireworks.

Long before he linked up with XO, Black Atlass first emerged in 2013 with his debut single “Paris.” Transporting listeners to a hypnotic musical destination (conjured from his bedroom in Canada), he cast a quiet spell over music fans and gatekeepers alike. As his songs racked up millions of streams, he would be embraced by the fashion world. Louis Vuitton scored an exhibit with his music as another song soundtracked a Saint Laurent men’s fragrance ad. Alexander Wang even placed him alongside Kylie Jenner, Vince Staples, Zoe Kravitz, and Lexi Boling in a high-profile campaign. He personally produced his 2016 full-length Haunted Paradise, and was then signed by his idol The Weeknd.

Listen to his new album Pain & Pleasure below.