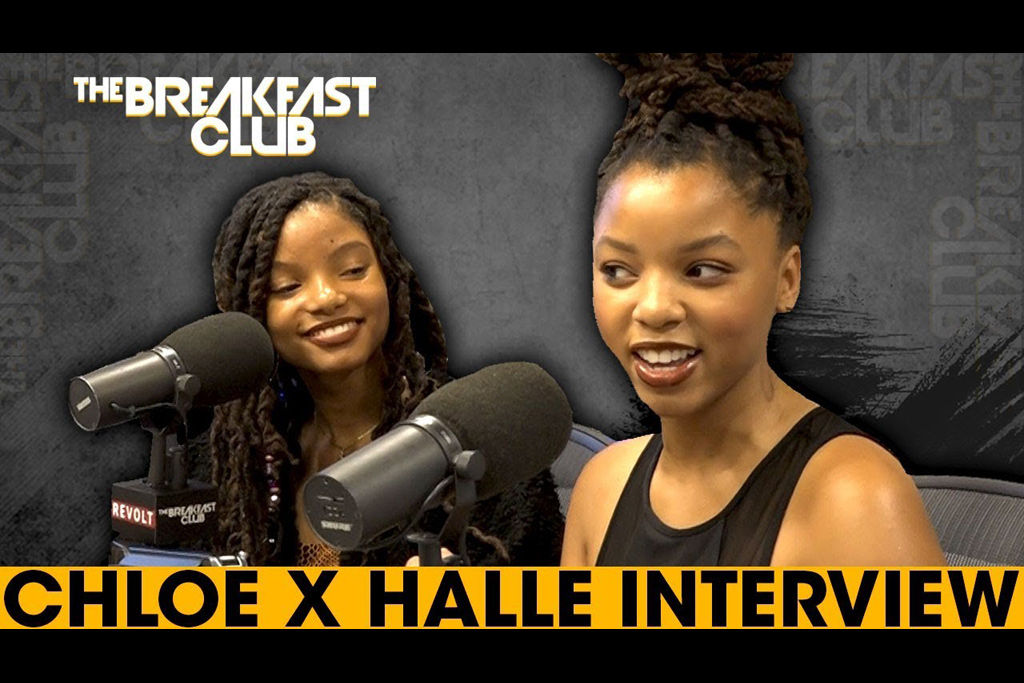 Chloe x Halle are now stadium status as they have been supporting the recently launched North American leg of Beyoncé and JAY-Z’s “On The Run II Tour.”

This morning (Aug. 2), the immensely talented sister duo appeared on “The Breakfast Club” for a friendly interview where they shared much about their upbringing, artistry, being signed and working with Queen Bey, their musical and acting work on the breakout hit sitcom Grownish and much more.

Being on tour can be very taxing on the body, even for young people, but both Chloe and Halle have been vegan for 5 years, which they share their experiences with, including how they got into it as young girls and how they share each others dishes at vegan restaurants.

They also talked about their influence on social media and just the whole social environment that everyone is living in, especially navigating it as teenagers and how other people respond to them being nice. Speaking about the “On The Run II Tour” they talked about their practice and rehearsal process, but dodged a question about Beyoncé asking them to babysit.

For the future they talk about other ventures outside of music and acting, including fashion, make-up, etc. Check out the full interview below.