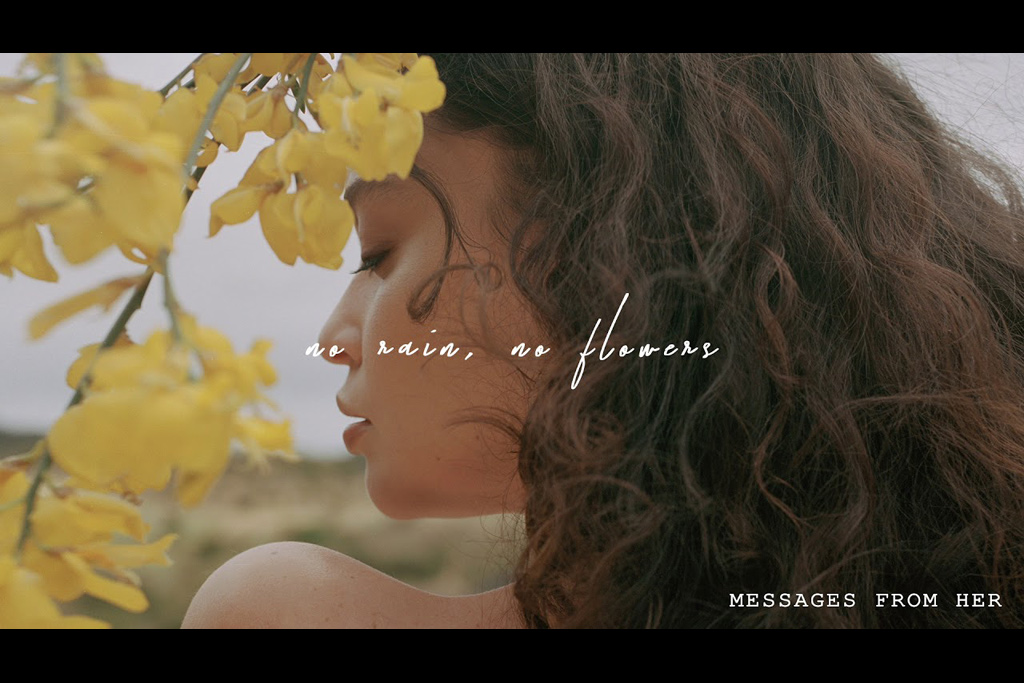 Past social media comments from an ignorant adolescence have left a stain on the praise filled emerging career of Sabrina Claudio. Without much clarification from her she issued an apology but now the 21-year-old is looking to move forward with her new music.

The singer-songwriter has been busy in the studio wrapping up her next project ‘No Rain, No Flowers,’ which is due out August 15. For the fans that have remained supportive of Claudio, she has shared the first single from the project, titled “Messages From Her.” The tone of the song is right inline with her gentle, sultry cadences and whispery delivery.

Produced by Sad Money and Kaveh Rastegar, the record finds the talented songstress reminiscing on her innocence and carefree life as a child.

“Look how you found me / A broken part enough for two / For me and you,” she sings. “Just reminiscing of the best parts of my youth / I wish I was her for good.”

Speaking about the song, Sabrina says: “‘Messages from Her’ was written in a moment of self reflection to the happiest times in my childhood. Finding myself wishing I can speak to that little girl so she can give her perspective on what the meaning and purpose of life and happiness really are.”

No Rain, No Flowers is scheduled for release on August 15 via SC Entertainment/Atlantic Records. On what to expect from the new project Claudio explains, “’No Rain, No Flowers’ is an inside look into my journey of healing and growth. Rain symbolizes darkness but also represents an essential part of rebirth. If there is no rain, there are no flowers.”

Take a listen to “Messages From Her” below.