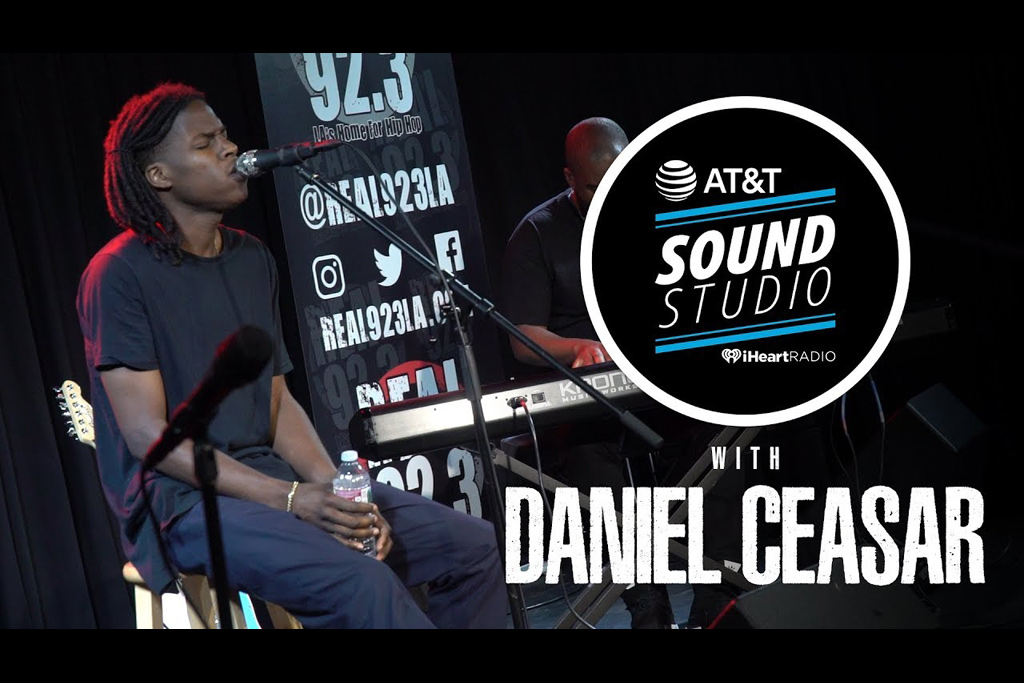 Still growing and building his following in certain Hip Hop and R&B markets, Daniel Caesar recently delivered an exclusive performance for a select group of fans live inside the AT&T Sound Studio at REAL 92.3 in Los Angeles.

The Canadian crooner was joined by just a keyboard player as he sat down at the mic to deliver his intimate set. Daniel is still promoting his acclaimed debut album Freudian but he opened his set with one of his earlier breakout singles “Japanese Denim.” Moving on he follows up with his biggest hits to date, “Get You,” and the H.E.R.-assisted duet “Best Part.” Daniel then closes out his nearly 20-minute set with the emotional ballad “Blessed,” off Freudian.

Watch his full performance below.

Louis York & The Shindellas Perform "No Regrets" Live In Nashville