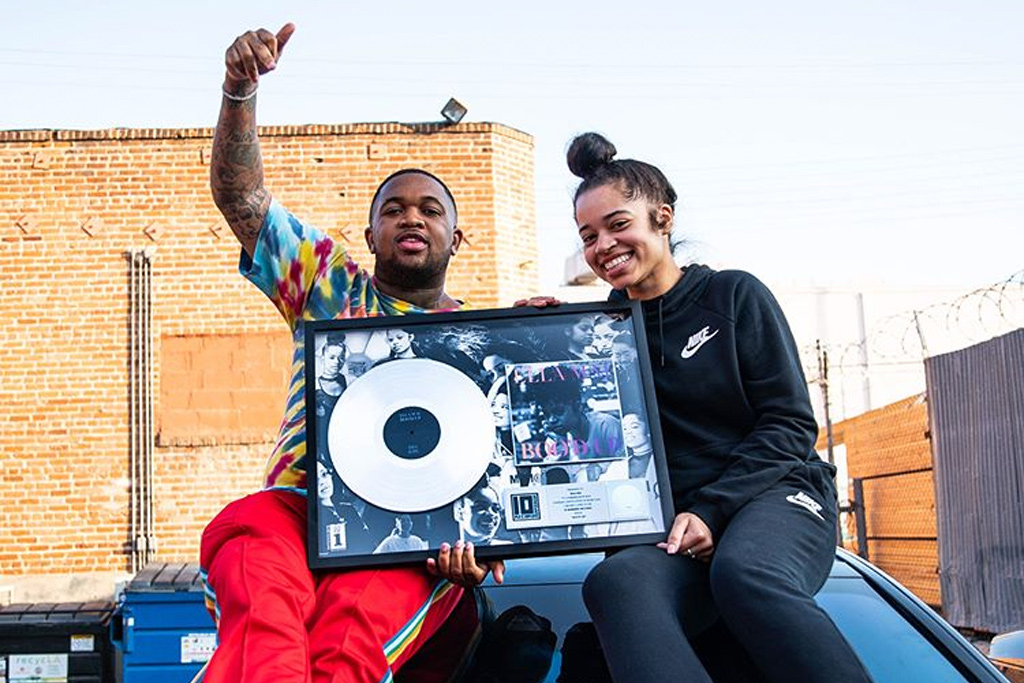 When Ella Mai and DJ Mustard first began working together their plan was to release three mini EPs and see if any of the songs stick. It couldn’t have worked out any better for the platinum duo with the Ready EP’s “Boo’d Up” reaching the top 5 of the Hot 100.

Now, on the heels of releasing their infectious new followup single “Trip,” 10 Summers Records founder and producer DJ Mustard has announced the British singer’s highly-anticipated debut album is done, and on the way. Speaking with Billboard, Mustard explained the production story behind “Trip” and shared more details on the recording of her upcoming album.

“We had an entire album when she did her first little tour, and while she was doing that, she did a whole album,” shares Mustard. “The last day, she had the whole album, and I told her, ‘Yo, we got to scrap the album.’ I’m like, ‘I don’t think this one is as good as we can make it.’ When I first signed Ella, I was so hands-on with the music, and we were so in tune with each other. Whatever song she did, I was right there. When she did that [first] album, I wasn’t there too much because I wanted her to do her thing and work with other people. What I heard was good, there was a lot of good songs, but this wasn’t what we created and I wanted to get back to that.”

When an emerging artist breaks through to the mainstream with a massively successful single the pressure and odds to follow it with another hit can be immense. For Ella and Mustard the game plan is just create without much concern of the feedback, but allow others input to help you decide what’s the next best release.

“‘Trip’ was one of the songs we did in the studio later down the line,” says the producer. “I drew the chords in Fruity Loops. I can draw the chords but I’m not that good, I’m not Beethoven. I played the chords for her and I called Quinton from her band to play them. So, while she’s writing, I started doing the drums and by the time the session was over, we had the full song. [Ella] knocked that shit out, and it was crazy.

We did three more days of those type of sessions. That’s one thing I told her — I wanted to start from scratch. I don’t want to bring anything in from before. I wanted to really create what we want to hear. We picked the best songs of what she did before to finish the album. We went in and made six or seven more songs and that was one of them. Whoever I played that for when they walked in was like, ‘Wow.’ It’s a good song.”

Ella kicked off her sold-out “Boo’d Up The Tour” in Dallas on Monday night (Aug. 6). Her debut album is expected to follow this fall, and it’s currently in the mixing stages.

“The album’s done,” confirms Mustard. “It’s in the mixing stage. Everything [Ella] has to do is done. With my part, we’re doing a lot of tweaking and fixing to make some changes.”

The collaborators have much to celebrate, and they recently shared one of those moments with fans on social media, when they received the platinum plague for “Boo’d Up” in June.

“That shit was pretty crazy,” explains Mustard. “What people don’t understand, this is like my little sister. This project coming is like my baby. I’m pressing for it more than my own shit. It’s all about her right now, and when the plaque came, it meant a lot to me. That’s the first plaque on my record label. Me having all the records I’ve had, none have ever gotten to the top 5 of the Hot 100.”