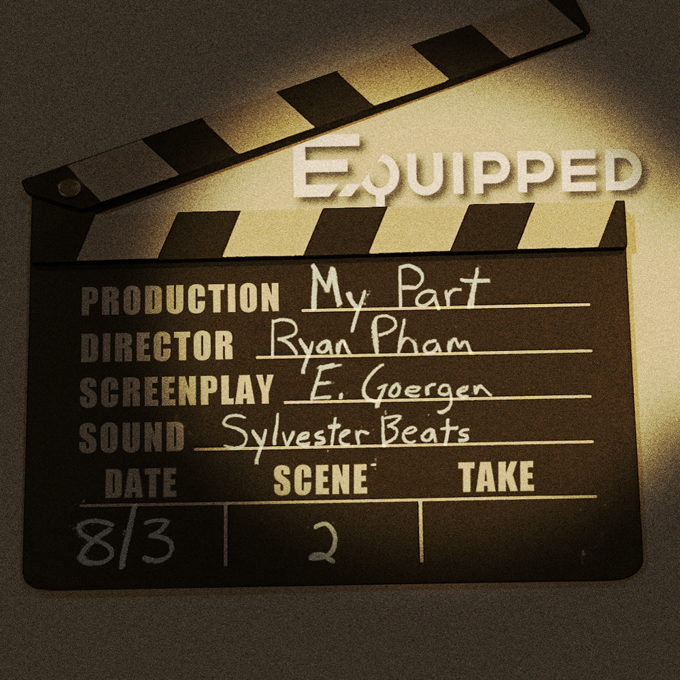 The latest release from E.Quipped combines his passion for music with his love for film and pop culture. Produced by Sylvester Beats, the song “My Part,” has high crossover potential with its infectious chorus and extremely clever lyrics. The cinematic music video was directed by rising videographer Ryan Pham, and finds E.Quipped discovering that someone else has taken over his role as the leading man in a relationship.

E.Quipped is an emcee/singer/producer/engineer from Greensboro, NC. He’s released several full length hip-hop projects and has worked on soundtracks for everything ranging from video games to web shows and commercials. His latest venture finds him pursuing a passion project with his forthcoming R&B album, Minus Love.

Previously speaking about the upcoming project, E.Quipped explained: “R&B has been my favorite genre of music for as long as I can remember, and it’s always been my dream to release a project like this. When I was little I was infatuated with people like Stevie Wonder and Michael Jackson, and in my teens it was all about artists like JODECI, Boyz II Men, Jon B, Dru Hill, Intro, Mint Condition, etc. Today, I get really inspired by guys like Mali Music, Tank, Justin Timberlake, Eric Dawkins, Glenn Lewis, Travis Garland, and Musiq Soulchild. If my music can make somebody feel even half of what I feel when I hear something from those artists, then my job is done.”

“My Part” is available on all digital music platforms now. Check out the music video below.

Quincy Celebrates a Sultry Valentine's Day in "Snuggle Up" Video