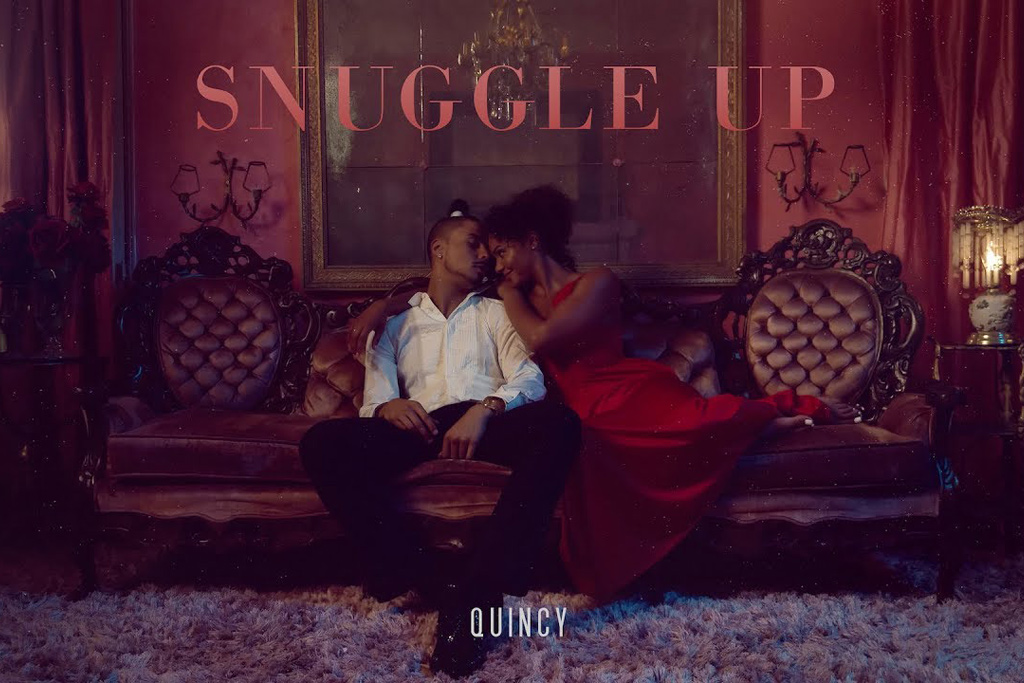 Back in June, Quincy unleashed his latest single “Snuggle Up,” on which he attempts to woo a love interest. On Friday (Aug. 3), the multi-faceted artist delivered the seductive visual via a Billboard premiere. The short film was entirely shot on his Google Pixel 2.

The clip opens informing viewers of the Valentine’s Day in NYC setting. Quincy enters the pink decor-filled room dressed to the nines. His bae entices him to come over and “Snuggle Up” for the night, laced in sensual tight-fitting lingerie. The pair seductively move to the bathroom as Brown watches his girlfriend get glammed-up in awe prior to a night out on the town.

“You and me, we are like picture perfect,” sings the STAR actor. “I know it’s your day off, I’m selfish / So baby show me how you work it / Honestly I’m just missin’ you.”

Diddy’s stepson credits John Legend’s “A Good Night” video to inspire his own creative direction. “I’ve always had the idea but still was shaky on the concept. As an actor, I am very visual so this couldn’t be a lazy effort. My director, Luis Guanzon, and I then analyzed [John Legend’s] behind-the-scenes and the actual video, and it gave me so much inspiration,” he explains.

Brown adds: “I think my team and I did a wonderful job of using a phone to capture the entire video. The video idea started with the actual Snuggle bear. I wanted to incorporate it while telling a story that showcases love without making it about a night cap. You think snuggling up and you think cuddling, but there is a difference.”

Check out the sultry “Snuggle Up” video below.

E.Quipped Loses Starring Role in the Video for His Latest Single "My Part"