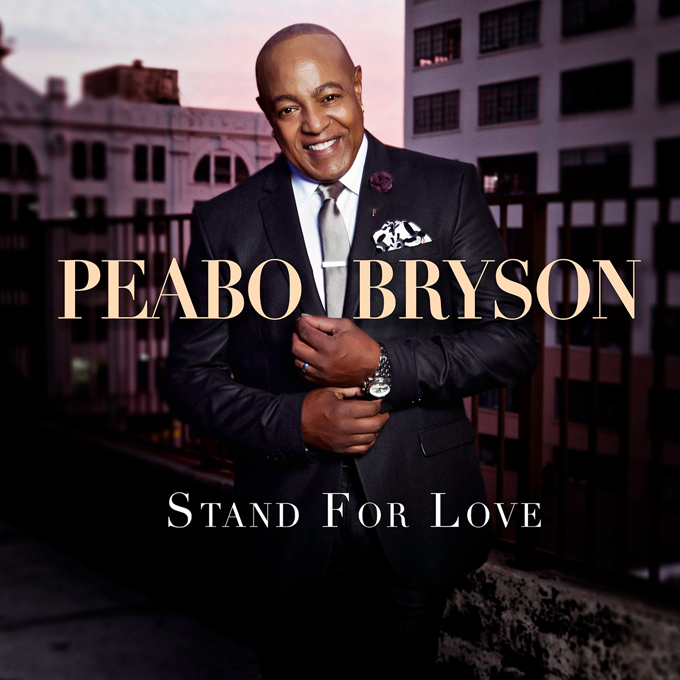 The 9-track set, produced by Jimmy Jam & Terry Lewis, features the lead single “Love Like Yours and Mine,” and includes standouts such as the instrumental “Looking for Sade,” the smooth up-tempo opener “All She Wants to Do Is Me,” the moving “Here for You” (which Bryson has dedicated to terminally ill children) and a live medley of several catalog gems.

“’Stand for Love’ isn’t just about romantic love or relationship love. It’s about all kinds of love in every kind of relationship,” Bryson tells Billboard. “It’s about what we do with our time here on this good earth.”

The album not only marks the first time that Peabo Bryson has collaborated with Jam & Lewis. It also doubles as the first release from the iconic production duo’s relaunched Perspective Records.

“Teaming up with Jam and Lewis is something that I personally wanted for a long time,” says Peabo. “They’re fearless in terms of genre range. And all three of us are stupid enough to believe that there’s nothing we can’t do. But the most palpable thing I got from them was that their mandate starts with you, the artist. They’ll talk and talk to you as they play music. The spirit in which they approach the creative process is like a music fellowship.”

Jimmy Jam is excited for the relaunch of Perspective Records, and to bring some classic feelings to today’s market. “Our philosophy in bringing it back is the same as our philosophy of starting it: to make music that we feel should be out there and isn’t,” he says. “Back in the day it was Sounds of Blackness, Mint Condition, Solo and others. Today it’s Peabo; the next project coming involves me and Terry which will include the original Sounds of Blackness with Ann Nesby and James “Big Jim” Wright.”

Terry Lewis adds some deeper thoughts on society and the longevity of artists. “I don’t know or understand why black people who made great music and became great artists get thrown to the side and forgotten,” he says. “Why can’t they get the opportunity? We need to pay more attention to that. And the timing of this is great because there’s a demand for it.”