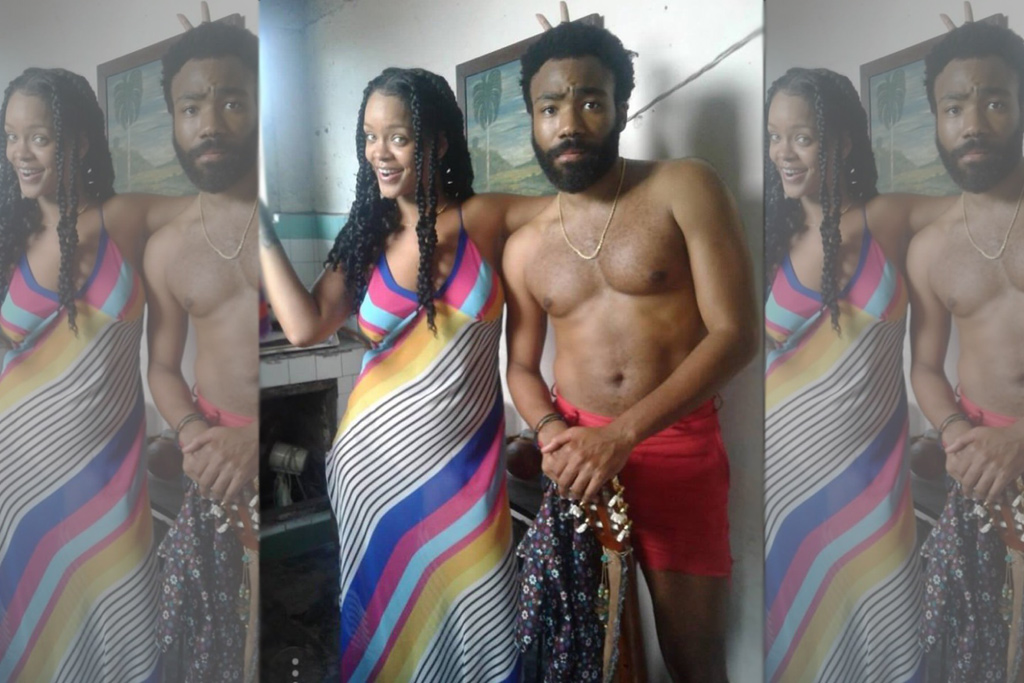 Rihanna and Donald Glover are teaming up for a secret film project.

The pop superstar and actor/artist were spotted shooting a film called Guava Island in Cuba earlier this month. Photos from the set surfaced online, showing Rihanna rocking long braids and a shirtless Glover in red shorts.

According to Cuba’s Vistar magazine, the film also stars Letitia Wright and Nonso Anozie. It is being directed by Hiro Murai, who helmed Childish Gambino videos for “This Is America” and “3005,” as well as several episodes of “Atlanta.”

Rihanna was reportedly filming something with Childish Gambino in Cuba a few days ago ? | https://t.co/PSMLdXMvUy pic.twitter.com/KD3yCTMkGZ

So far, filming has taken place at locations including a textile factory in Havana and the Abreu Fontán Social Circle in Miramar.

RiRi recently starred in Ocean’s 8 alongside Sandra Bullock, Cate Blanchett, and Anne Hathaway. She is also reportedly working on two albums, including a dancehall project.

Rihanna and Glover will team up once again at Rihanna’s fourth annual Diamond Ball. Glover’s alter ego Childish Gambino is set to perform during the black-tie fundraiser on Sept. 13 in New York.

Rest In Peace Queen, Aretha Franklin Passes Away at 76