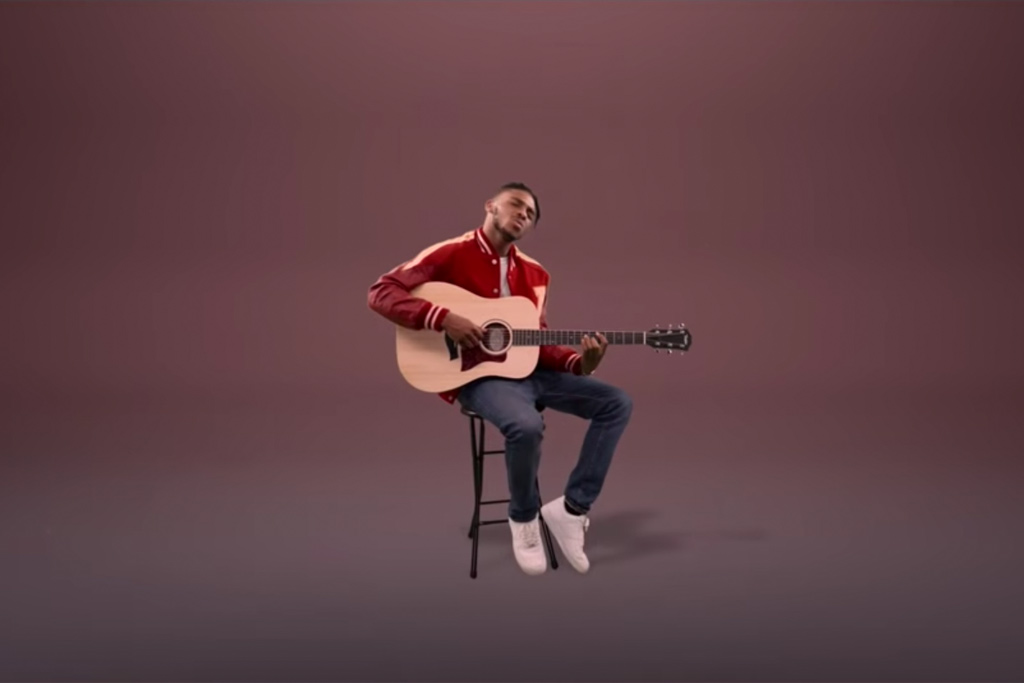 This week, for his #ToneTuesdays release, Tone Stith shares a performance video for his impressive cover of “Best Part” by Daniel Caesar and H.E.R. The 23-year-old takes on the duet with a singular approach, as he sits alone playing his guitar.

Various camera angles are faded in and out as he croons from the perspective of both lovers. Tone uses his agile tenor voice to highlight the conversation between the two sides.

“It’s this sunrise, and those brown eyes / You’re the one that I desire,” he sings on Daniel’s second verse. “When we wake up, then we make love / It makes me feel so nice.”

Fellow artist and musician Desmond Denis not only produced the cover version but also shot the video. Last week, the two artists also released a duo cover of “Candy Rain” by Soul 4 Real.

Check out the video for his “Best Part” cover below.

Jhené Aiko Plays "2 Truths and a Lie" on Fuse