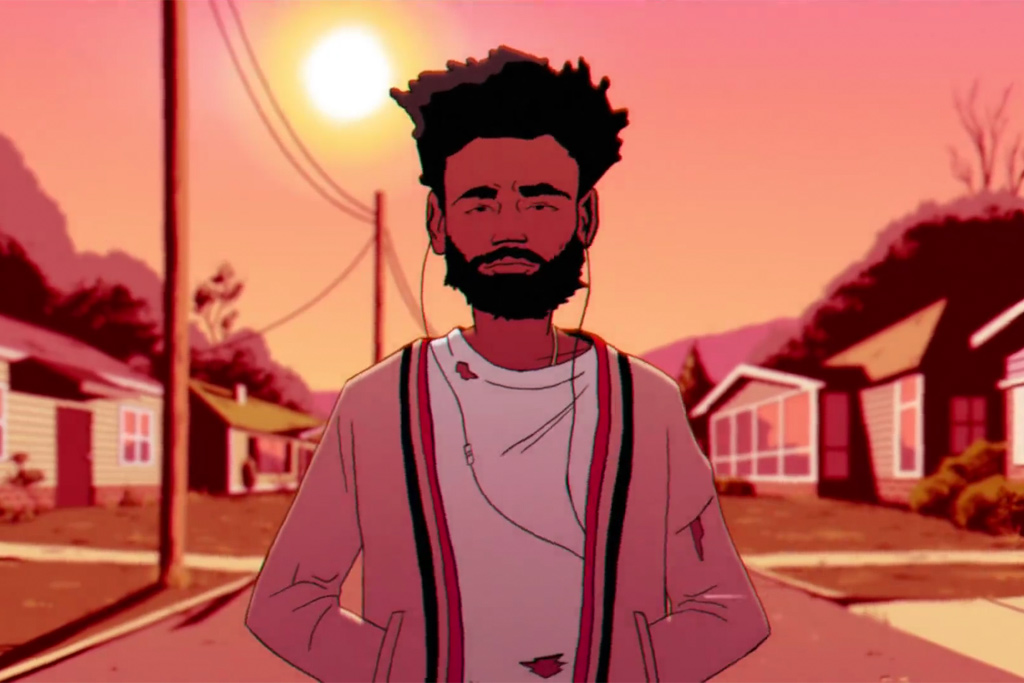 As summer comes to a close, Childish Gambino debuts the star-studded video for “Feels Like Summer.”

The animated clip, which he co-directed with Ivan Dixon and Greg Sharp, is full of cameos from hip-hop and R&B’s biggest stars including Rihanna, Drake, Beyoncé, JAY-Z, J. Cole, Migos, Birdman, Chance the Rapper, Jaden Smith, The Weeknd, and many more. As Glover walks home on a summer day, he runs into his illustrated counterparts in his neighborhood.

In one scene, Nicki Minaj and Travis Scott play with toy blocks before Travis knocks down Nicki’s tower, alluding to their chart battle, while Azealia Banks looks on in a tree. The Weeknd and Ty Dolla $ign play tug of war against Solange, A$AP Rocky, and Willow Smith.

Drake chases after Future who stole his bicycle, while Michelle Obama comforts a crying Kanye, who is sporting a “Make America Great Again” cap. Beyoncé rocks a “R.I.P. Fredo Santana” hoodie. In another scene, a shirtless Gucci Mane sunbathes as Dr. Dre, Diddy, Snoop Dogg, Wiz Khalifa, and JAY-Z milly rock around him.

“Feels Like Summer” is one of two singles from Gambino’s “summer pack,” which also includes “Summertime Magic.” He is now readying his ‘final album’ as Childish Gambino for release on Wolf+Rothstein/RCA Records.

Next up, Gambino will hit the road with Rae Sremmurd and Vince Staples on a North American tour, starting Sept. 6 in Atlanta. He is also set to perform at Rihanna’s Diamond Ball on Sept. 13 in New York.

Mýa Drops New Song ‘G.M.O. (Got My Own)’ featuring Tink