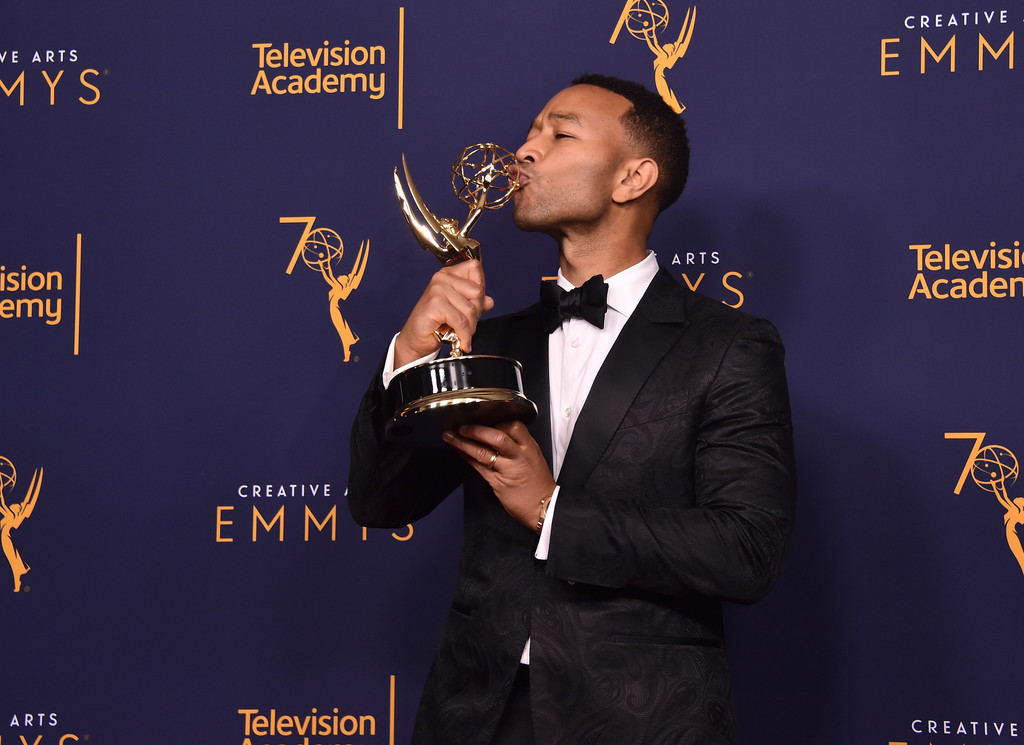 After taking home the Outstanding Variety Special (Live) award for his work as a producer on Jesus Christ Superstar Live in Concert at the Creative Arts Emmys Sunday night (Sept. 9), John Legend has officially completed his EGOT — making him the youngest person to do so.

Legend now joins the select ranks of performers who have taken home an Emmy, a Grammy, an Oscar and a Tony. Andrew Lloyd Webber and Tim Rice, who won alongside Legend in the same category, also became EGOT winners with the award, making the three just the 13th, 14th and 15th performers to reach the milestone achievement.

Legend has won 10 Grammys throughout his career, and in 2015, he and Common took home the Oscar for Best Original Song for “Glory,” which was featured in the movie Selma. In 2017, he won a Tony in the Best Revival of a Play category for his role as a co-producer of Jitney.

Chrissy Teigen tweeted a photo of Legend with Webber and Rice holding their new Emmys, captioning it “EGOT GOATS.”

Legend might add another award to his collection next week, when he could take home the Emmy for Outstanding Lead Actor in a Limited Series or Movie for his performance in Jesus Christ Superstar Live in Concert.