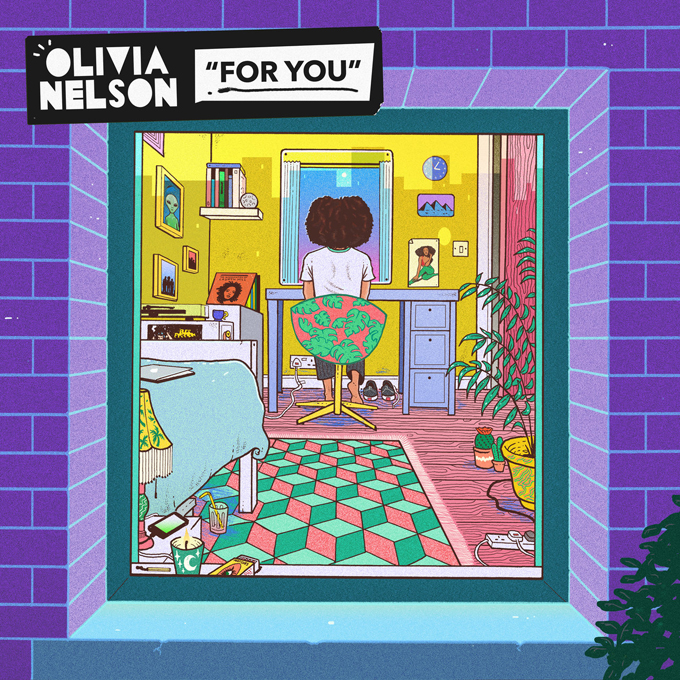 Following the release of her single “Smother Me” earlier this year, London-based singer/songwriter, Olivia Nelson, makes her anticipated debut with the ‘For You‘ EP, showing impressive consistency in her charming, yet endearing vulnerability.

The introductory song, “Hideaway,” sets the stage with sounds of ocean waves crashing and seagulls chirping until listeners come across celestial synths that sprinkle every chorus. This sense of calm bounce repeats itself in following tracks, “Back When” and “For You,” until her previously released single “Smother Me” makes a familiar appearance.

“Never Too Late” and “Up All Night” are the most upbeat of the project as her hollowed vocals create an effervescent effect seemingly perfect for the roller rinks. “Sugar” and “Cry Baby” are the most jazzy, while “Chameleon” is the most imposing with its off-beat but warm and muzzled bass and drums.

For You, is a ten-track project that is an uncompromising confluence of R&B, soul, jazz, pop, and electronic sounds that smoothly blends together and satisfies every nuanced, hyphenated sub-genre that dance and exists in between. No song is a siren. Listeners will enjoy and find themselves impressed.

Released via Hear This, the EP features production from Jarreau Vandal, Hoost, Franc Moody, Tev’n, Fred Cox and more. Speaking about the relationship that influenced the project, Olivia says: “It was about knowing that this person was a special part of my life and honouring that, but knowing that sometimes it’s a good thing when things end.”

You can stream Olivia Nelson’s For You below via Soundcloud, or get it on your preferred digital music service here.