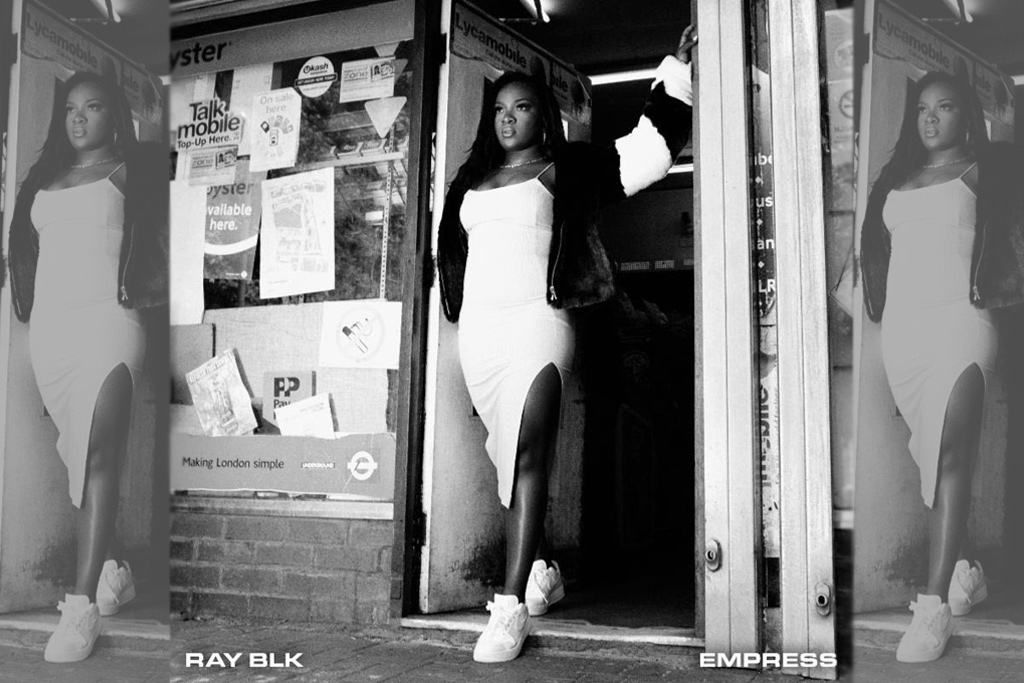 According to Ray, the song is an ode to black girls glorifying their inner black girl magic. “I want women to see themselves as queens,” says Blk. “This is my story – done my way. It’s about seeing yourself, knowing what you deserve and it’s for girls to wake up and see themselves as empresses.”

Opening with cleverly worded recollections of situationships with past lovers, the MOBO-nominated artist takes the stand to wait for Mr. Right and never settle for less. “When a woman knows her worth / She waits for someone she deserves / She’s first / Even if it hurts,” she sings. “Won’t settle for less / ‘Cause I’m an empress / I need the best, not the runner-up / ‘Cause that’s what I deserve.”

To accompany the song, RAY BLK shares a striking but playful video, directed by the award-winning Geej Ower. Shot at London’s Charing Cross Theatre, the visual features special guest appearances from Maya Jama, Julie Adenuga and some of Ray’s closest friends, as she performs from her seat in the middle of the theater.

It’s a must-see, check out “Empress” below.

Lalah Hathaway Releases Intense Video for "Call On Me (Remix)"