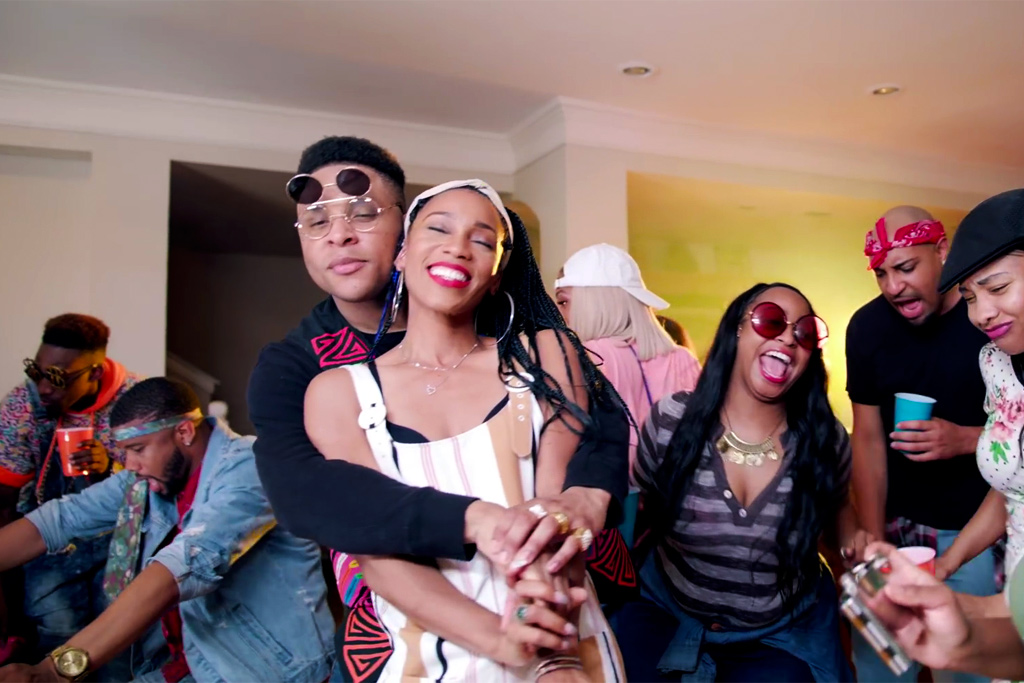 Dondria brings the ’90s house party back with the video for “Crush,” her new collaboration with fellow singer Broadway.

Filmed in Dallas and directed by Jeff Adair, the playful video is supposed to be set in the year 1991, as party goers wear their best ’90s style outfits and dance to the R&B duet. Broadways opens the song seated on the stairs of the house with his boys in the background, as he professes his love for Dondria’s character. “I’m so drawn to you, every time you come through,” he sings.

Dondria dons a baggy purple workout suit with a fanny pack, while she returns his advances, admitting a ‘crush’ of her own. They turn up together as she sings: “It’s a fascination, infatuation, my anticipation is you / Boy your conversation got me palpitating / It’s something in the way you move.”

“Crush” is the first release off Dondria and Broadway’s upcoming joint EP, A Tale of Hearts, which is expected later this month.