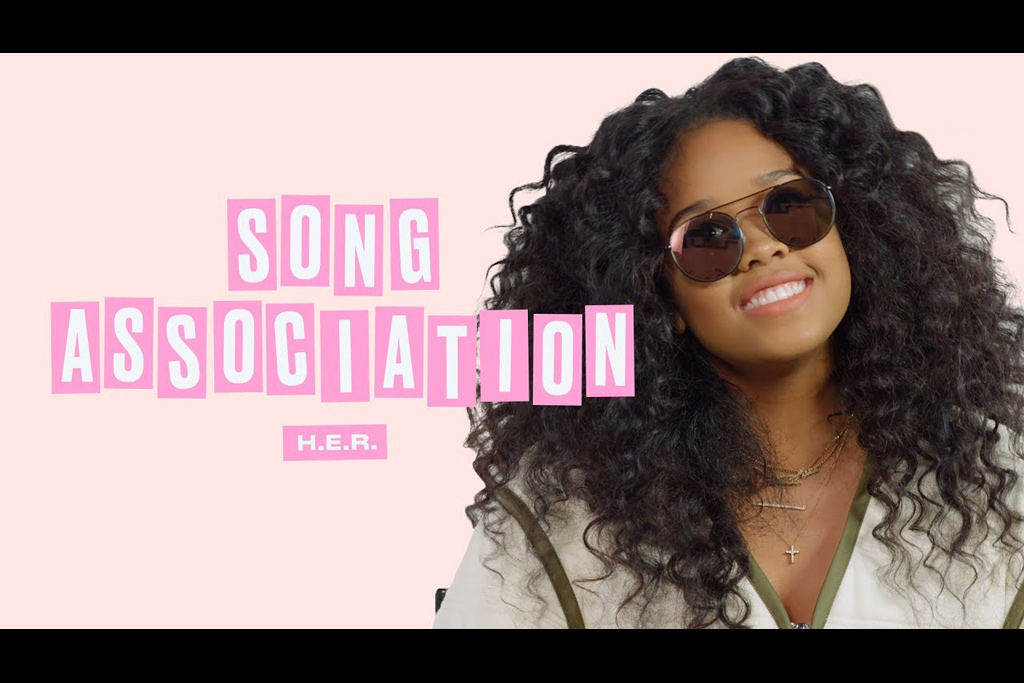 H.E.R. has a way with words, and not just her own songwriting. The voluminously curly haired songstress recently stopped by the ELLE offices and played a game of “Song Association,” singing her way to the top of their scoreboard!

The buzzing R&B star was given only a single word and she was tasked with singing the first song that came to mind, which she knocked out of the park with a perfect score of 15 out of 15.

Watch as she belts out Aaliyah, Adele, Aretha Franklin and many more, plus a lovely rendition of her hit duet with Daniel Caesar.

H.E.R. recently released her new EP, I Used To Know HER: The Prelude, and she paid tribute to Aretha Franklin with “Let’s Get Away.”