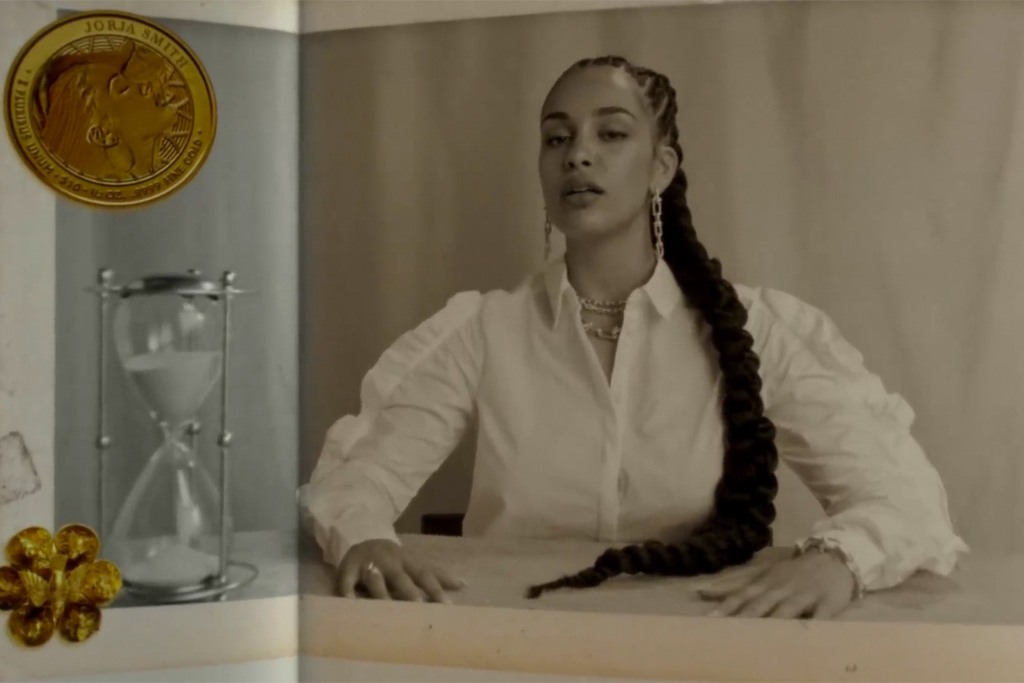 Jorja Smith flips through the pages of time in the brand new music video for “On Your Own,” off her acclaimed debut album Lost & Found.

The breakup ballad is brought to life in vivid photographic editing effects in the visual, directed by Rashid Babiker, who envisioned the concept before speaking with Smith. The clip opens with a young woman listening to the song on her headphones before she opens up a large photo book that was dedicated to her by the 21-year-old songstress. The cinematic photo spreads and hand-drawn illustrations detail Jorja’s tale of love.

“There ain’t nothing left / Photographed our picture by my bed,” she sings. “What you think when you said all that you did / You let me think that I caused all, all this shit.”

In a press release, Babiker explains how the captivating clip was inspired by a vision he had after hearing the song. “I was imagining books, the hardback clothbound ones, being retrofitted into interactive photo books, or video books sometime in the future when print is in the terminal stages of obsolescence,” he says.

This November, Jorja Smith will be returning Stateside for another North American leg of her “Lost & Found Tour” kicking off Nov. 19 in Seattle. The tour will make stops in cities including San Francisco, Los Angeles, Houston, New Orleans, Atlanta, Baltimore, New York, Boston and more before culminating Dec. 19 in Toronto.

Check out the video for “On Your Own” below.