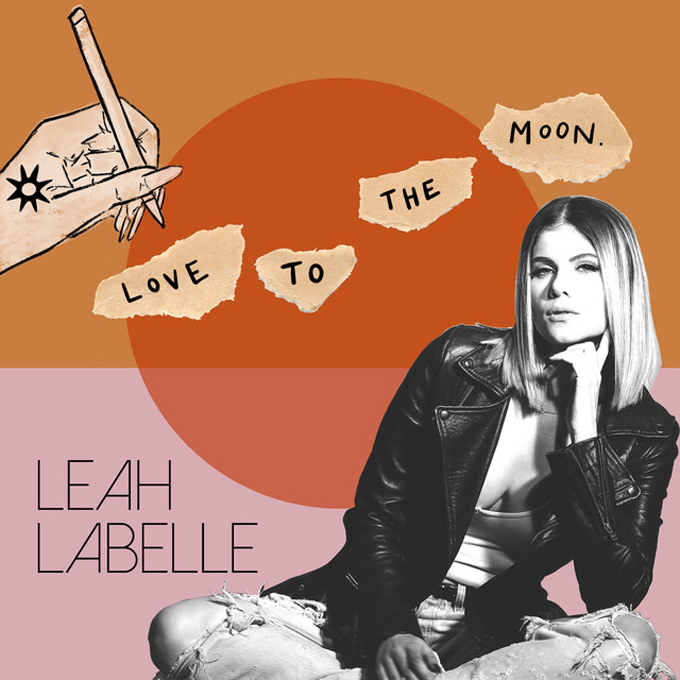 Earlier this year, singer/songwriter Leah LaBelle died in a tragic car crash. Now, on what would have been her 32nd birthday, her closest friends, collaborators, and family celebrate her life with a posthumous EP, Love To The Moon.

The five-song collection showcases her expansive range, overpowering soul, and immortal spirit. It kicks off with “Sun,” produced and written by her mentor Pharrell Williams. Springing ahead on an upbeat bounce awash in bright otherworldy energy, the track builds towards an unshakable and undeniable chant. Meanwhile, “Made Man” produced by Midi Jones and written by Sam Hook ignites a simmering slow burn, culminating on the confession, “I made a man out of this.”

Then, there’s “Something About The Cold.” Produced by Tom Strahle and once again penned by Hook, stark acoustic guitars give way to one of her most chilling performances. Featuring production by Gabe Roland and lyrics courtesy of the singer herself, “Lost Angels” represents her at her most vulnerable and vital. The finale, “Orange Skies,” pairs acoustic strumming with a voice note Leah record on her phone in memory of a friend’s child who passed away. Its inclusion proves nothing short of poetic in extending Leah’s storied legacy.

All of the collaborators donated their work to Love To The Moon and her friend JoJo has dedicated her social media accounts to Leah all week. “I really want you to get to know her like I did. Her music, her heart, her art,” said JoJo. “One of my favorite voices and energies I’ve ever had the pleasure of knowing. There will never be another LL.”

LaBelle and her husband, former NBA player Rasual Butler, died in a single car collision in Studio City, Calif. on Jan. 31. Leah gained recognition at the age of 17 by becoming a top 12 finalist on Season 3 of “American Idol.” In 2011, she signed a joint record deal with Pharrell’s iamOTHER, Jermaine Dupri’s So So Def, and Epic Records.

Leah’s mother, Anastasia Vladowski, awarded a $10,000 scholarship in her daughter’s name to a college student majoring in the arts at the University of Southern California. Proceeds from this EP will go towards awarding yearly scholarships to other worthy applicants.

Majid Jordan Release Two New Songs, "All Over You" + "Spirit"