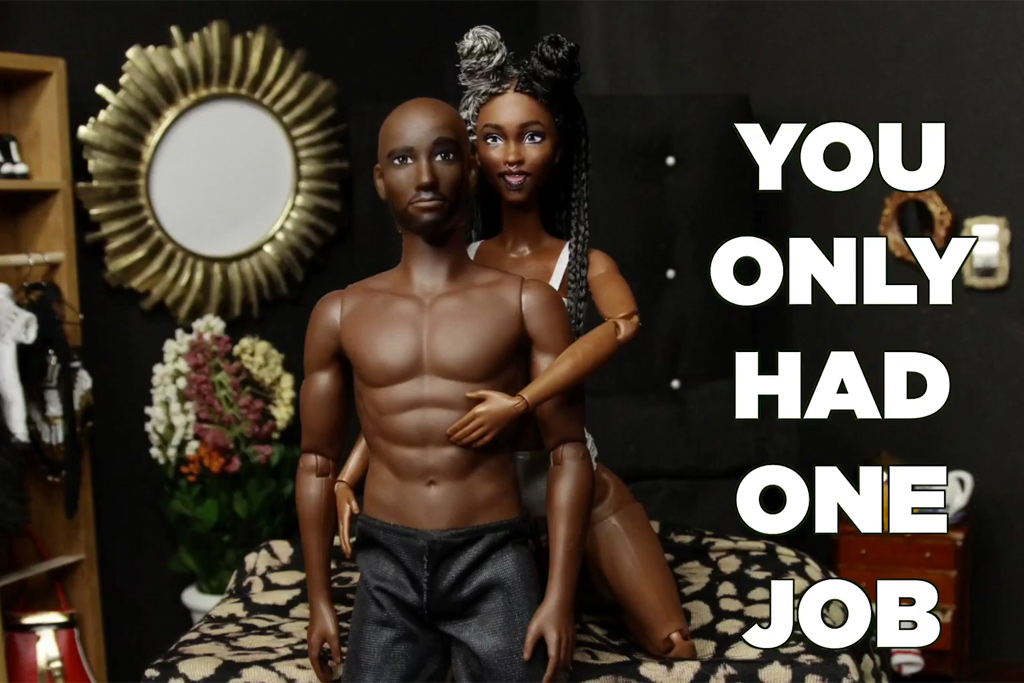 Last year, we were pleased to bring you the debut project from rising singer-songwriter TeaMarrr, with her buzz-worthy EP ‘Thanks for the Chapstick.’ A continued creative process followed as the Boston area native traveled across the country to work on new music in Los Angeles.

The first taste of her upcoming project is here and it’s one of the boldest and most sassy singles we’ve heard in a long time! We previously heralded the Haitian-American songstress for her rawness, and the brash “One Job” levels up on frank female empowerment. To introduce the song, TeaMarr teams up with director Tyren Redd to bring the story to life in a dysfunctional dollhouse with two Barbie-esque dolls in various states of intimacy, undress, and disembodiment.

“Dry your eyes, the fuck you cryin’ for?,” she sings. “Where’s your spine? / You ain’t got that no more? / The dick is fire / That’s what I signed up for, but after all this time you’re so damn insecure.”

Most of Tea’s music comes from her own relationship experiences, but speaking about artistry and her new project, she explains the inspiration for “One Job” came from a situationship her friend was going through.

“There’s an element of female empowerment to my music, and ‘One Job’ kick starts everything,” shares TeaMarrr. “When I was writing it, my friend was going through some mental domestic abuse with her man at the time. He was so trash. I transferred that energy. At the same time, my one job is to prove myself as a songwriter and a singer, which I did here.”

The mesmerizing single is the first release off of Tea Turns to Wine, her upcoming full-length debut with Position Music.

H.E.R. Pays Tribute to Aretha Franklin on "Let's Get Away"