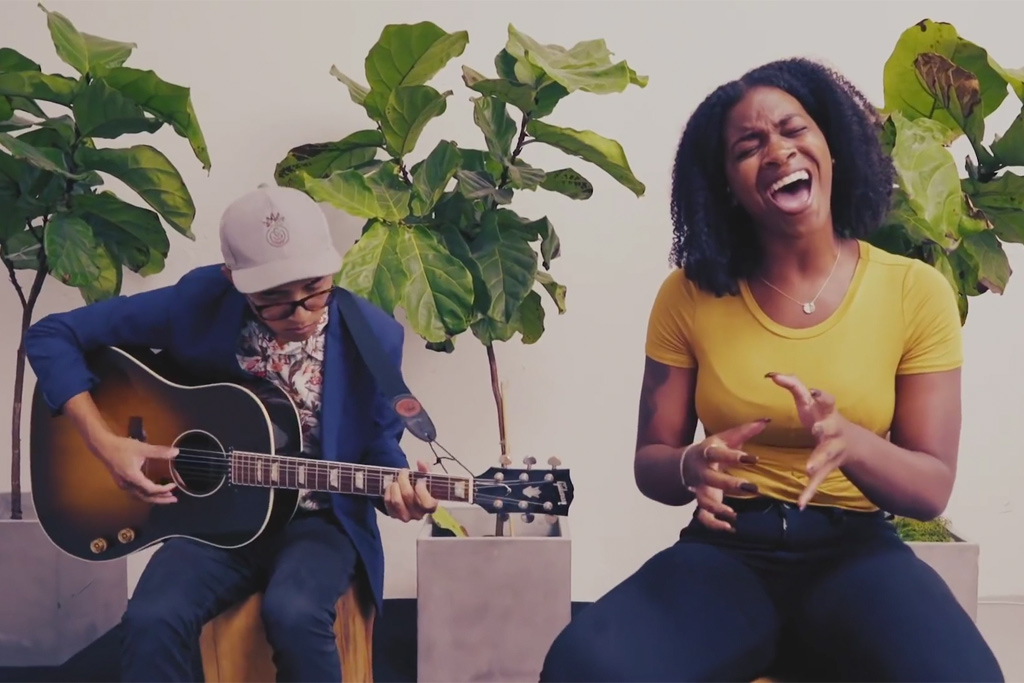 Released the July, the smooth record produced by Elite, finds the Dreamville Records songstress closing the door on a romance with an addictive lover. The acoustic performance video is set in a bright studio space with large plants. Lennox and her guitar player stay seated on tree stumps throughout the set, while being joined by a white French bulldog.

“I’ve been eatin’ whipped cream, havin’ vivid dreams / Of your face and through people on TV screens,” she sings. “You’ve been everywhere / And I wish I didn’t care.”

Speaking about the song during it’s original premiere on Beats 1, Ari Lennox explained: “It’s so special to me because it’s literally from my heart. It’s just about seeing my ex everywhere after trying to get over him. So it’s kind of like bittersweet but it’s my therapy.”

The singer/songwriter is currently putting the finishing touches on her anticipated debut album, which will include production by J. Cole, Masego and more.