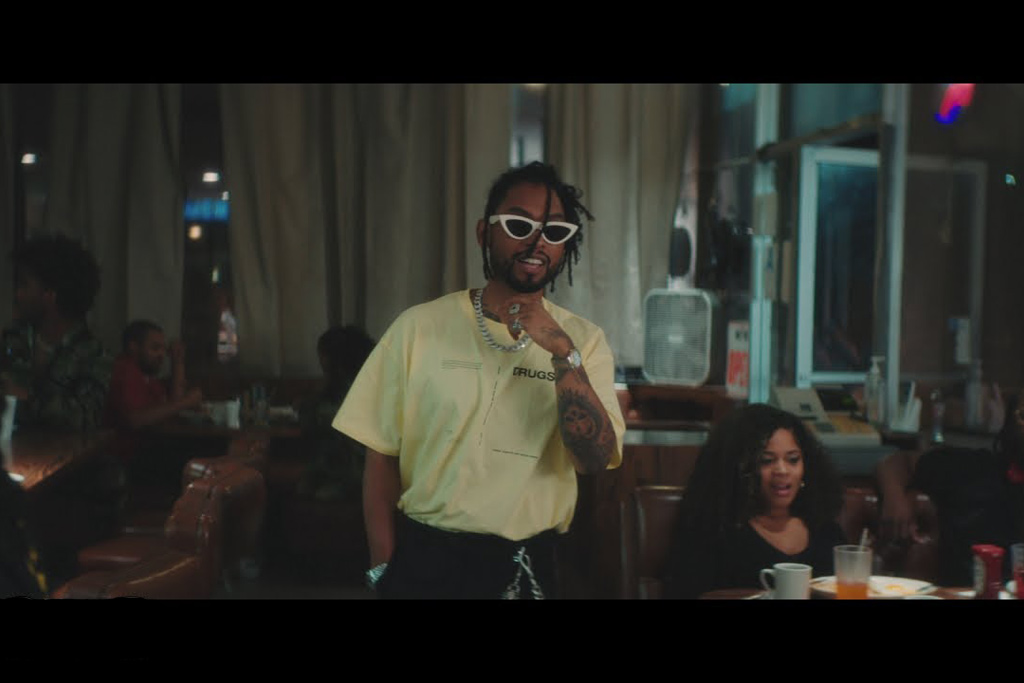 GoldLink and Miguel get into some freaky, Thriller fun in the short film for their hot single “Got Friends.”

Directed by Christian Sutton, the cinematic clip opens at Frank’s Coffee Shop in Los Angeles as various young people enjoy a late night bite. Three beautiful girls, including Bria Myles, are seen taking a table and putting in their order, meanwhile Miguel walks by and attempts to make a brief interaction. As the R&B maverick and his boys plot on how to get the girls the night takes a very unexpected turn.

One of the girls goes missing while GoldLink turns into a vampire, and Miguel defies gravity as he and one of the other ladies float above the ground. The suspenseful visual ends with danger around the corner for Bria.

GoldLink recently headlined three sold-out shows at D.C.’s U Street Music Hall in his hometown, while Miguel is currently on his “Ascension Tour,” which wraps Friday in Seattle.

Watch the supernatural night unfold below.