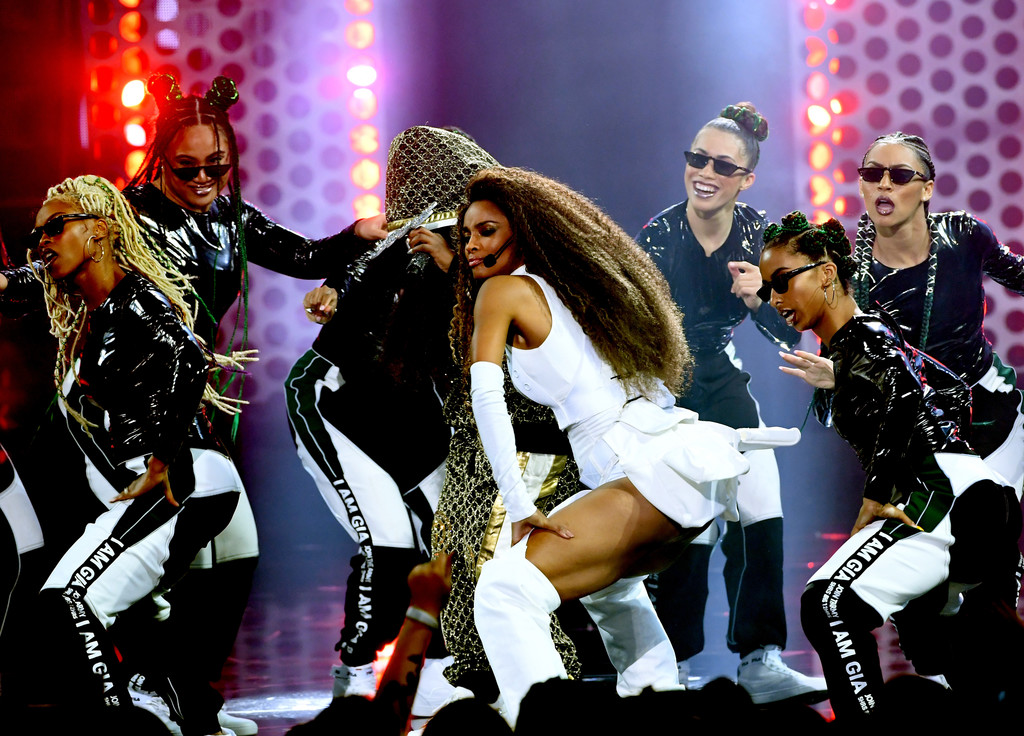 Ciara took it to the next level while performing her dance anthem “Level Up” at the 2018 American Music Awards.

Backed by an army of dancers, CiCi busted out some killer choreography in a white leotard during Tuesday’s show. She kept elevating by bringing out her longtime pal Missy Elliott for the remix. Rocking a custom Dapper Dan Gucci tracksuit, Missy breathed more fire into the electrifying performance.

Ciara then hit fans off with another “Dose,” performing her Rodney Jerkins-produced single while accompanied by a marching band. She even did out the BlocBoy JB “shoot” dance and received a standing ovation from her peers including Khalid, Camila Cabello, and Cardi B.

“Now that’s how you do that!” said host Tracee Ellis Ross.

Did you guys see how Cardi was rockin during Ciara at the #AMAs? I love when they catch her in the audience!!! pic.twitter.com/yPFEwHpDcp