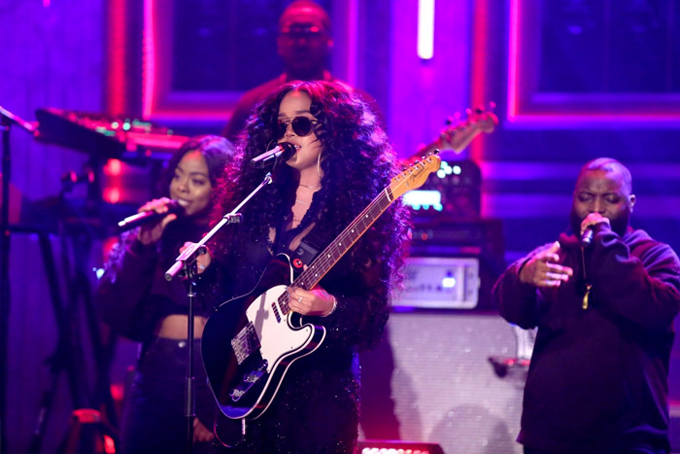 The R&B songstress performed “As I Am” on Tuesday’s episode of “The Tonight Show.” Dressed in all black with sunglasses, H.E.R. opened the rousing set behind her keyboard while accompanied by two background singers and a full band. The multi-talented musician then switched over to the guitar as DJ Scratch added some hip-hop flavor to the jam session.

“As I Am” is one of six tracks on H.E.R.’s EP I Used to Know Her: The Prelude, which also features Bryson Tiller (“Could’ve Been”).

Additionally, H.E.R. can be heard on Ella Mai’s debut album, which drops Friday. The singers have collaborated on a track called “Gut Feeling.”

Mariah Carey Debuts Video for New Single "With You"