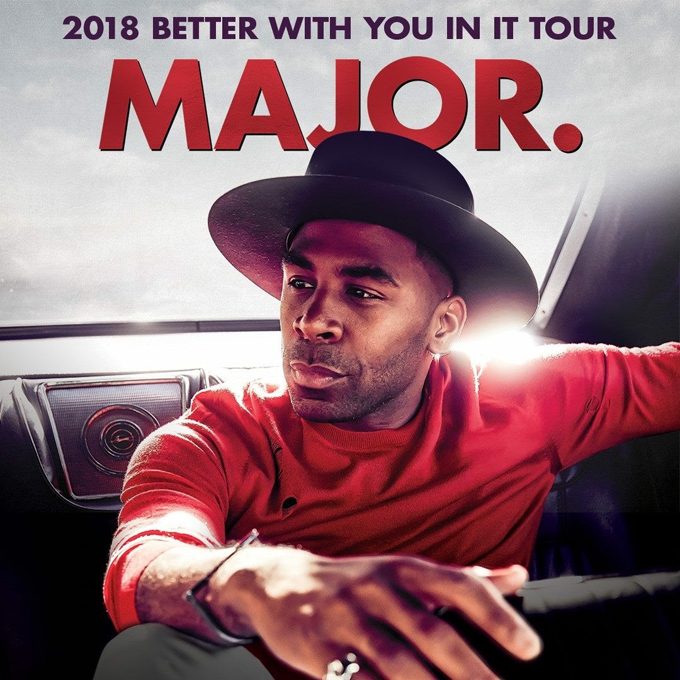 Following the release of his debut album Even More in September, pop-soul singer/songwriter MAJOR. announces his “Better With You In It Tour.”

The 12-city tour will kick off in Detroit, MI on October 21 and make stops in Chicago, New York, Atlanta, and more before culminating Nov. 16 in Los Angeles. Tickets are on sale now and available for purchase here.

Even More is executive produced by Grammy Award-winning producer/songwriter Harmony Samuels (Janet Jackson, Ariana Grande, Jennifer Lopez) and includes features from newcomers Kris Kasanova and NSTASIA. The 10-track album is the followup to MAJOR.’s 2016 EP, I Am MAJOR.

The LP boasts singles such as “Honest,” a record that climbed to #5 on the Billboard Adult R&B Charts. A remixed version of “Why I Love You,” – the original release currently acts as a global nod to love with over 55 million views, has evoked tears from superstars such as Halle Berry and Sam Smith and was proclaimed by Stevie Wonder as “wedding song of the year.”

See the tour dates below.

“BETTER WITH YOU IN IT” TOUR DATES: