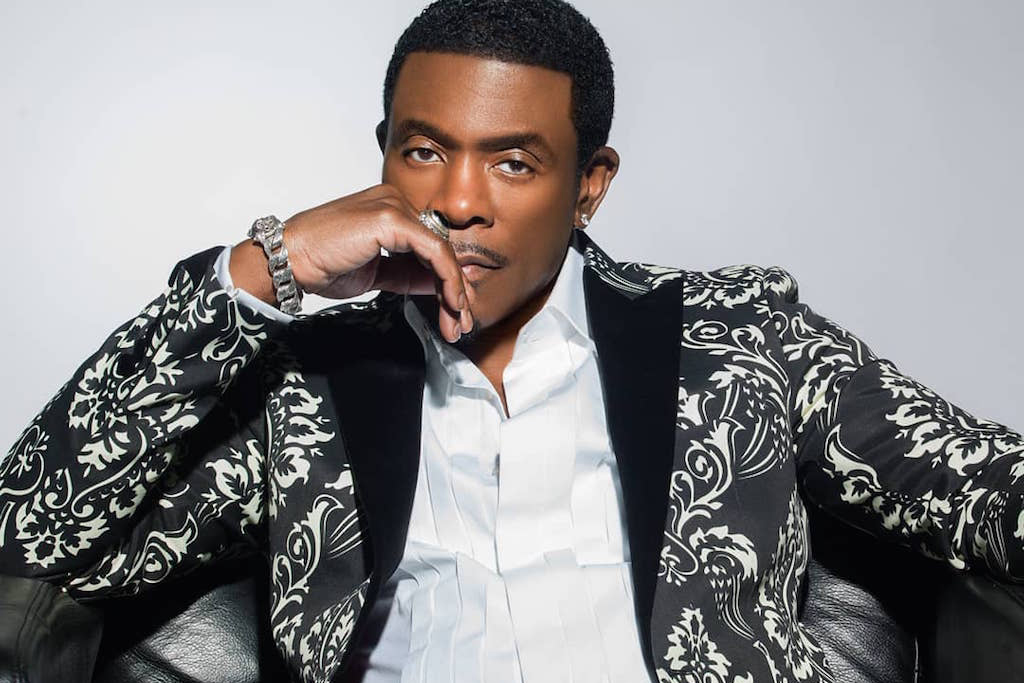 For R&B legend Keith Sweat, the number 13 is good luck as shown by the release of his 13th solo album, Playing for Keeps. Featuring production from fellow industry icon Teddy Riley, Sweat and others, it’s a deft blend of classic Keith and present day R&B. The suave crooner reigns the airwaves in multiple ways with the continued popularity of his decade-long syndicated radio show, The Sweat Hotel. He gives listeners their old school R&B fix while providing a platform for them to discuss the tumultuous rhythms of love and life. Grammy-Award winning diva Mariah Carey recently filled in for Sweat as guest host.

With over 30 years of showing us there’s a right and a wrong way to love somebody, Sweat’s success is unmatched and undeniable. Check out his chat with ThisisRnB‘s Rocki, as they spoke about his secret to longevity, Playing for Keeps, The Sweat Hotel and more.

TIRNB: Kudos to you for staying in the game. You’ve pretty much been through the evolution of R&B.  Talk about how you’ve managed to stay relevant and how your music has evolved.

Well you know, I just give people what they wanna hear. I’m not trying to do anything that’s not Keith Sweat. I’m not trying to be someone that I’m not. So my relevancy comes with me being true to what I do. Being current and allowing people to look at what I do and I listen to everybody from Chris Brown to Kendrick Lamar, to everybody I need to listen to, to know where the music is going. Drake … you name them, I’m listening to them because I like to listen to different shades of music in order to know basically what I need to do when I come out with my new material.

TIRNB: I like how you said “shades of music” because it is, we do blend and fuse. So, is there anyone on your bucket list with whom you want to collaborate ?

Nah, there’s not really anybody I want to collaborate with. I honestly don’t think about that. I haven’t thought about that. I think if it comes while I’m sitting there doing music I might say, “Oh this person might sound good on this song,” and I might reach out. But there’s no thought pattern that comes into it.

TIRNB: You just released an album in 2016 and now, you’ve dropped your 13th [album] this year. It looks like you have some other legends on there with you, as far as K-Ci and Teddy Riley. Tell us about Playing for Keeps.

Playing for Keeps is basically my new project, I’ve got my friends on it like Tank, Teddy, K-Ci, so it’s more like [how] I used to do it back in the day. Drop an album, when the album is completed, then drop another album.  I felt like the last album I had [Dress To Impress], had its run and now it was time for another album. It’s no different from what I used to do back in the day.

TIRNB: Who did the production? Is Teddy [Riley] doing some production on the album?

So what happens is that normally, if they can sing and I think they have the ability to be a star, what I do is just put them on the record. If I think they’re going to sound good with me. Those types of situations I normally feel like okay, I want to collaborate with this person because she sounds good and I just feel like she has the ability to take it to the next level. So that’s what I do. It’s not a science that I use, it’s really just an intuition I have in terms of I like the way she sounds, let me put her on the record. I think she’ll be good for me. She sounds good on this record.

TIRNB: I like her voice. She has a nice tone and I hear the strength in her voice, so I’m really digging that. Tell us about your creative process. You said there is no science to it, but is there a method to when you’re creating an album? What are some things that you have to have in place or what are some things that you do to get yourself inspired?

I just approach it the same way. I feel the music, come up with a hook, it’s not necessarily someone’s experience or whatever, I mean I just write that way. I write based on the music. I might come up with a title or hook and then based on what hook I’m using, I’ll base a scenario, I mean it’s like storytelling. So basically what I do is when I hear something that I like, it’s kinda like I’m telling a story. It’s not like, okay I wanna do this song or this happened, so I wanna tell a story. No, it’s like writing a script to a movie or something like that and I’m just telling a story based on what I’m feeling. Based on how the music hit me and everything else.

TIRNB: Speaking of movies, are you going to be onscreen in the future? Are you thinking of doing anything else as far as that or TV?

I’ve been working on a few projects, I need to make sure that it’s all in line before I talk about it.

TIRNB: Beyond your music, you’ve done so much with The Sweat Hotel, it’s a decade in syndication. What made you start that? What made you take your brand in that direction?

Well, it’s just like anything else. Expanding your brand, expanding your image.  So basically me already being able to be onstage and performing, it was definitely about just expanding my brand so that was just another part of me being able to show people my other side. Show people that I’m capable of doing more than one thing. Being on radio is no different than me performing because there is a built-in audience. I have the ability to showcase myself every night and basically be there to talk to, every night on the radio.

TIRNB: What are some of the most bizarre calls you have gotten or some things that have stood out to you? I’m sure you’ve learned some things from your listeners. Share what it’s like to hear their stories and help them work out their issues, or be a conduit for them to make up with their loved one.

The Sweat Hotel is where people call and talk about some scenarios or their scenario on, “me and my man don’t do the same things we used to do,” or “he don’t make love,” “Do you think he’s cheating on me?” or whatever.  My whole thing is just being honest with them and answering questions like that. Those are some of the comments or the things that I’ve gotten when I’m listening to them. But in actuality, people call me and just say the darndest things. I just basically kind of just go with the flow and just try to answer their questions the best way I can.

TIRNB: So, in a way, you’re like a musical therapist.

TIRNB: Are you going on tour for Playing for Keeps? Can you share which song will be the next single?

I perform all the time. It’s not a tour, I have a bunch of dates that are coming, but not like a set tour, I’m always on the road. That’s one thing I will always do. I’m not sure what the next single is. I’m going to let the public decide. It is their say, they’ll say what it is once they listen to the album. I’m quite sure I’ll get feedback on the songs and at that point, I’m quite sure the public is going to say, this is what I want, this is what I want to hear and this should be the next single.