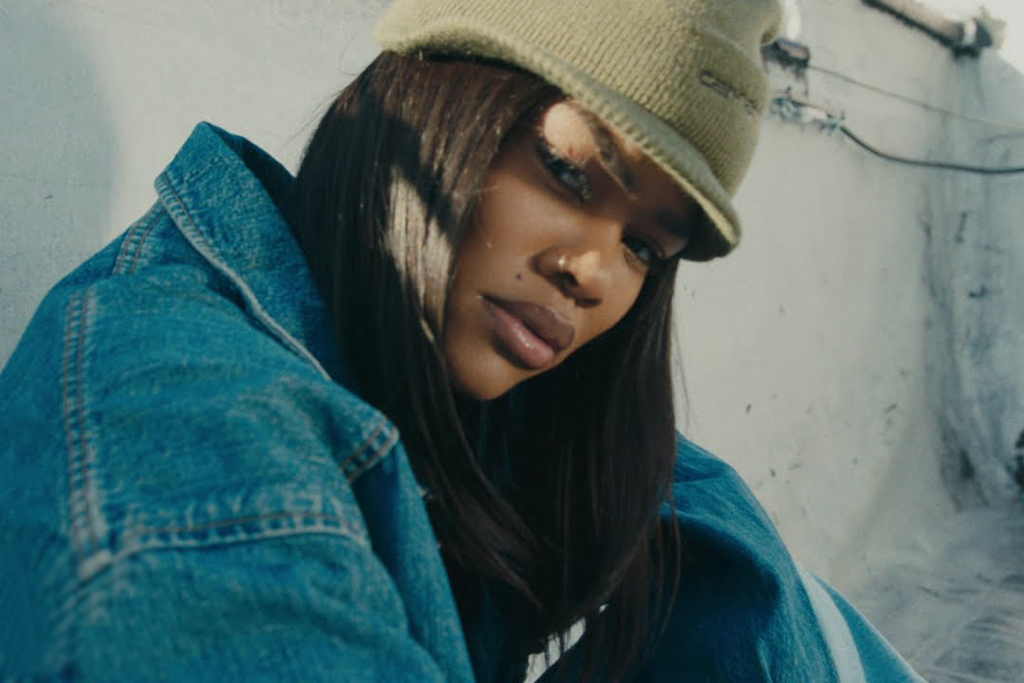 It’s a throwback affair in the much-anticipated video for the remix to Teyana Taylor‘s “Gonna Love Me” featuring Wu-Tang Clan’s Ghostface Killah, Method Man, and Raekwon.

In the cinematic ’90s-inspired clip, which Teyana directed, the R&B songstress shows off her acting chops. She plays Ghostface’s girlfriend and discovers he’s been cheating on her before confronting him in their apartment.

Teyana hits the streets of Harlem in vintage attire including a Vanson motorcycle jacket, oversized denim, and Janet Jackson T-shirt while singing about their relationship. “We shouldn’t read into things so much / Overthinking understanding / Don’t let our feeling, change it up,” she sings.

Later, she runs into Method Man in the stairwell of their building, but Raekwon does not make an appearance. In the end, she sees Ghost with another woman and a fight breaks out before gunshots are fired.

The original version of “Gonna Love Me” appears on Teyana’s Kanye West-produced album K.T.S.E., which was released in June.