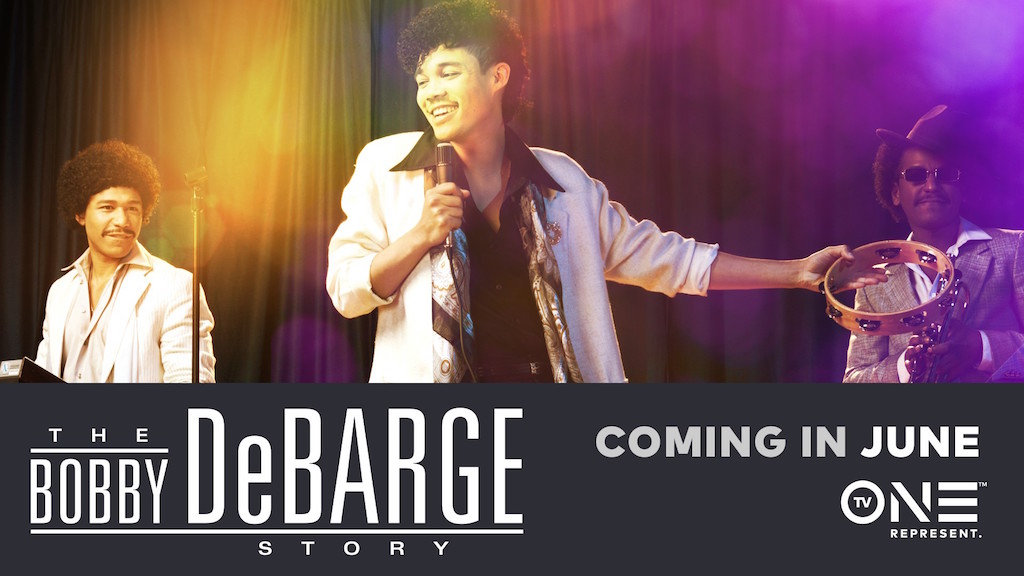 The movie explores the tumultuous life of the former lead singer of the 70’s R&B/Funk Band Switch, also the eldest sibling of the world-famous pop group DeBarge. Despite his success in music, the iconic falsetto found his life in peril as he struggled with fame and fortune while coping with the memories of his dysfunctional childhood.

“THE BOBBY DEBARGE STORY continues TV One’s tradition of telling the story of unsung music heroes. While our audience knows Bobby’s group, Switch, and his musically-gifted family, DeBarge, they may not know Bobby DeBarge’s contribution to creating the sound that changed the music landscape for decades to come. A falsetto master, Bobby DeBarge was a musical genius who battled demons of his own for many years. THE BOBBY DEBARGE STORY is the quintessential story of sex, drugs and rock and roll,” stated Karen Peterkin, Director of Scripted Original Programming and Production, who serves as Executive in Charge of Production for TV One.