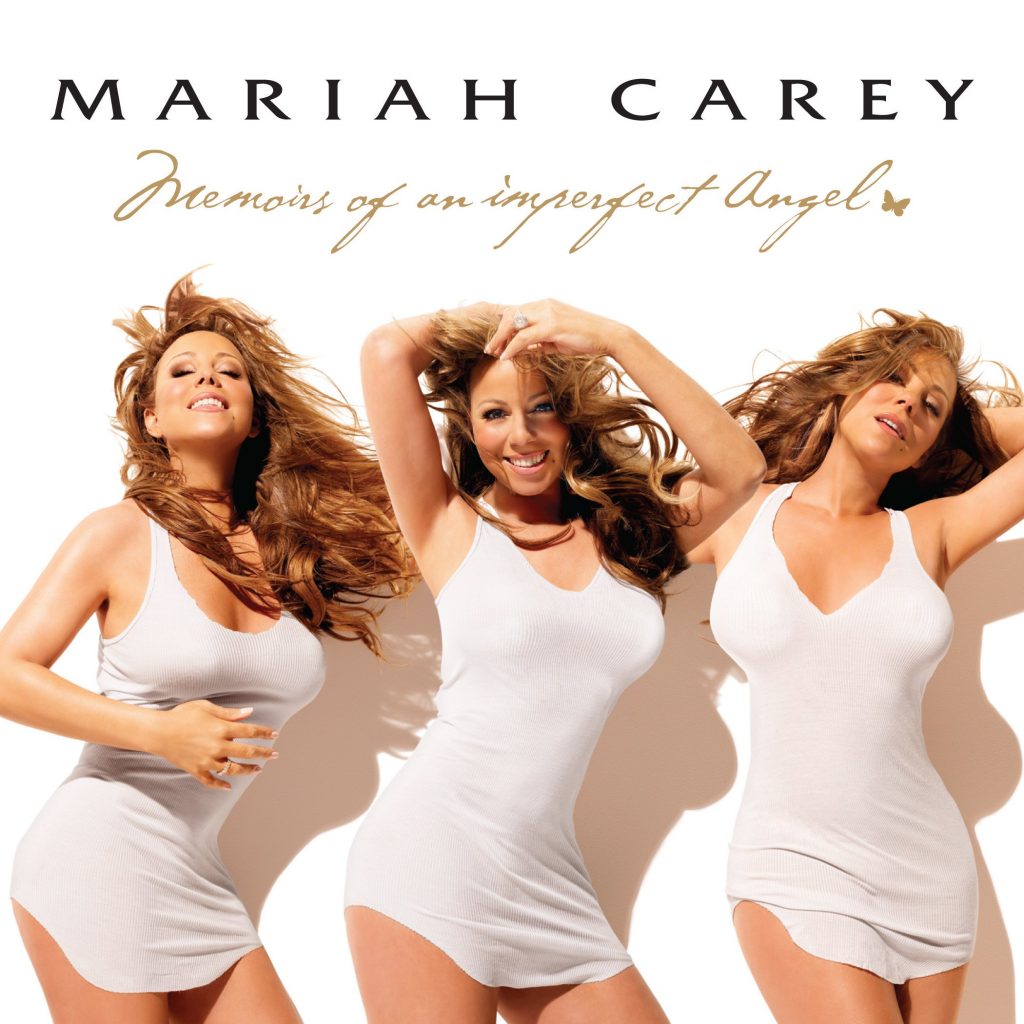 The 2000s were a unique point in Mariah Carey’s illustrious almost 30 year career. After dominating the ‘90s with number one hits and multiple diamond selling albums (Daydream, Music Box), she quickly became one of the best selling artists of all time. With 2001’s Glitter soundtrack, however, Mariah experienced her first commercial hiccup. And while Glitter has recently received retrospective praise following the famous #Justice4Glitter hashtag, it was initially viewed as a disappointment and saw her and then label Virgin Records part ways after only one album.

Fast forward to 2005, Mariah’s album  — The Emancipation of Mimi — finds her back in familiar territory: number one. It was adored by critics and fans alike. Its follow-up, E=MC2 (2008), included the number one hit “Touch My Body” and yielded her best first week sales to date. The subsequent singles, however, failed to find footing on the charts and the album was looked at as a disappointment compared to its predecessor.

Mariah knew that the pressure was on for her to deliver with her next album, so she brought on music duo Tricky Stewart and The-Dream (collaborators on “Touch My Body”) to help ensure the next album would be well received. The result of this musical marriage was 2009’s Memoirs of an Imperfect Angel and in my opinion, is one of Mariah’s most underappreciated gems of her entire catalog.

On the album, Mariah combines all the things she does best: deliver vocally charged ballads, engaging lyrical content, and memorable melodies all while injecting the fun over-the-top personality that has made her a meme queen in the social media age.

The album opens up with the haunting fan favorite, “Betcha Gon’ Know,” where Mariah details the story of catching her lover cheating. She secretly plots revenge and warns that when she gets him back, the “whole world will laugh.” It is never revealed exactly who Mariah Carey is singing about, but it would be in his best interest to make amends before it’s too late.

Next is the album’s lead single, “Obsessed.” Rumored to be a response to accusations from Eminem of a romantic past between the two, which Mariah has vehemently denied, the video takes it to another level as Mariah plays an Eminem look-a-like character that is “delusional” and “obsessed” with her. The video is one of her funniest and propelled the single to number seven on the Billboard Hot 100. The song also gave us the memorable line “I’m a press conference / You’re a conversation” that’s as good a read today as it was 10 years ago.

“Candy Bling,” the album’s fourth track, is my personal favorite on the album and would have served as a great single choice. The song finds Mariah feeling nostalgic as she shares details of a past relationship and how she wishes they were still in love like back in the day. It’s relatable and insanely catchy — thanks to her sample of the classic hip-hop track, “Back In The Day” by Ahmad.

“Inseparable” is another fan favorite that details the aftermath of a heartbreak. Replaying the memories of the failed relationship, she sings about longing to find the “moment when two hearts went wrong.” The song even interpolates “Time After Time” by Cyndi Lauper during the second verse. Relatable to anyone who’s ever gone through a break-up, this track was constantly on repeat — just like 2005’s “We Belong Together.”

Midway through the album, Mariah delivers the album standout, “Up Out My Face” and it included some of her best lyrics to date. Singing out, “It’s not chipped / We’re not cracked / Oh, we’re shattered,” this song hears Mariah at her best on the album. Finding herself fed-up with her ex and his games, the iconic songstress lets him know to get “up out her face” in a manner only Mariah could. Set on top of a now identifiable The-Dream and Tricky Stewart production, the fourth single had lyrics so harsh, that they became hilarious (“If we were two Leggo blocks, even the Harvard graduating class of 2010 couldn’t put us back together again” is one of the funniest tongue twisters in recent memory).

The album, which hosted 17 lovable and relatable tracks, closes with a beautiful interlude called “Languishing” that transitions beautifully to a rousing rendition of Foreigner’s 1984 hit “I Want to Know What Love Is.” Particularly, the last 45 seconds of the song is sheer vocal bliss.

All in all, Memoirs of an Imperfect Angel’s strength is found in its sonic cohesion. It is an album best enjoyed in totality. In a singles driven era propelled by playlists, it is refreshing to sit back and play an album from start to finish. And even more, go on a journey with an artist as they share a snapshot of their life; or in Mariah’s case, a memoir.