Here’s what you may have missed:

Trevor Jackson released his video for “Tell Me.”

Trevor Jackson may be busy with his role on Freeform’s hit show, “Grown-ish,” but that hasn’t kept him from keeping the music going. Releasing his visual to the Lil Yatchy assisted single “Tell Me,” the young star is continuously showing us that he’s not a little kid anymore.

The tracklist to Summer Walker’s Over It album was revealed and it looks like it’s going to be fire. 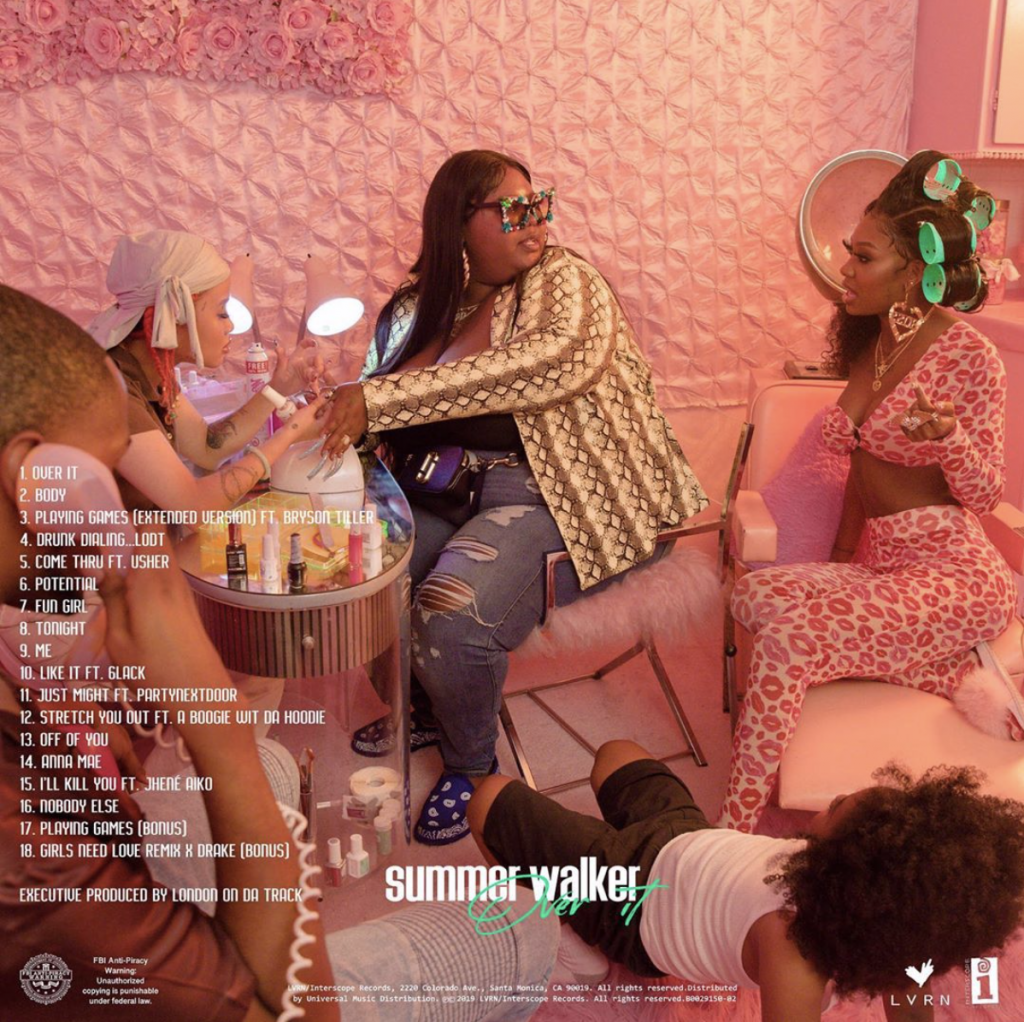 Summer Walker is wasting no time letting fans know that what she’s about to drop is about to be pure heat. Taking to her Instagram account over the weekend to reveal the tracklist to Over It, she sent everyone into a frenzy with her list of features. Tapping the likes of 6lack, Bryson Tiller (for an extended version of her recent hit “Playing Games”), Usher, PartyNextDoor, A Boogie Wit Da Hoodie and Jhené Aiko, the album — which is executive produced by London On Da Track — is guaranteed to provide plenty of caption worthy lines once it’s released on October 4.

Bobby V is back with the release of his new single “Everybody.”

Bobby V fans rejoice! The singer is back with a new track and the chances of you liking it are pretty high. Titled “Everybody,” the single hears the veteran singer questioning if the woman of his interest really loves him. Filled with his distinctive vocals, the mellow tune is sure to resonate with lovers of both new and old R&B.

It’s been 15 years since the world was introduced to the Lioness, Teedra Moses, and we’ve loved every moment of her existence in the R&B genre. And while she’s delivered some amazing tracks and projects since 2004, nothing will ever compare to the feeling her debut album, Complex Simplicity, evoked in you.

To celebrate its initial release date, she re-released the album — and this time, she’s making sure she’s getting the royalties off of it that she deserves and is determined to help single moms along the way.

10 Years Later: A Look Back On Mariah Carey's 'Memoirs Of An Imperfect Angel'