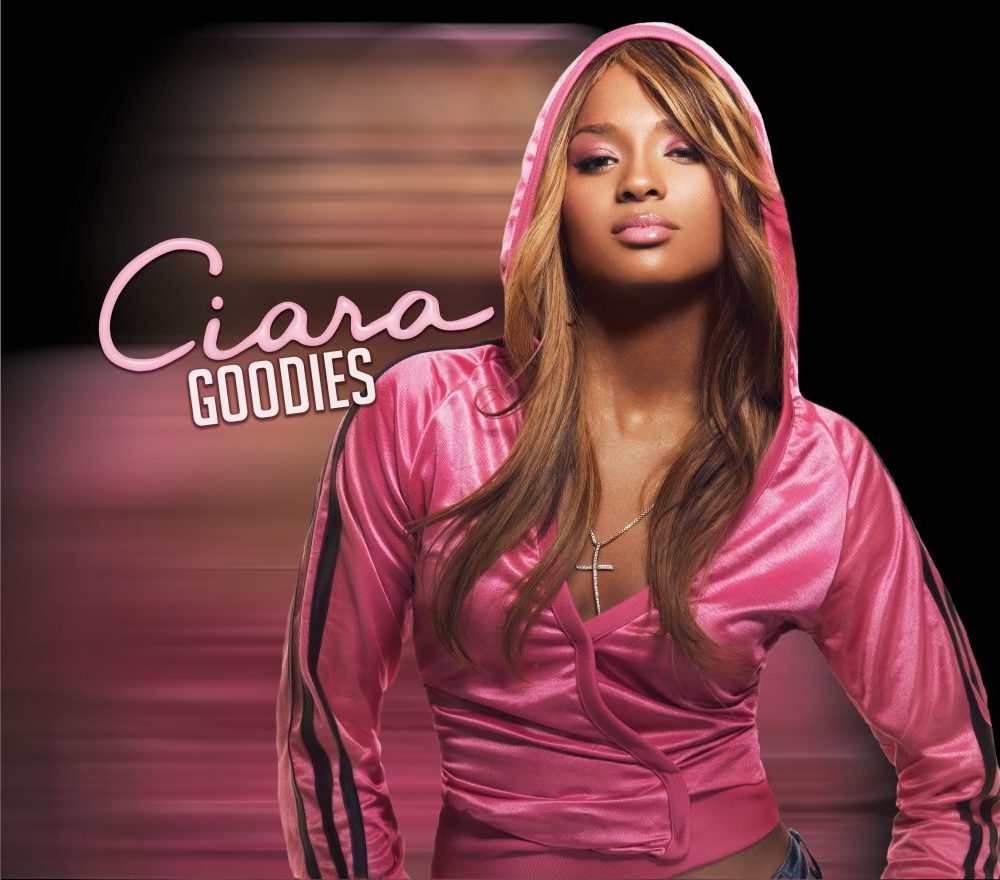 On this day (Sept. 28), in 2004, we received the formal introduction of a then 19-year-old Atlanta sensation known as Ciara with the release of her debut album Goodies. The album was built on two hit singles and a huge co-sign by the iconic trendsetter, Missy Elliott. Behind the boards, the album included production by Lil Jon, Sean Garrett, Bangladesh and Dre & Videl. The writing on the other hand, featured collaborative efforts from a then-unknown Keri Hilson, Johntá Austin, Jazze Pha and Ciara herself — the latter of which co-wrote the majority of the project’s songs.

Ahead of the 13-track debut, Ciara was an astonishing new singer with a magnetic Crunk sound, angelic voice and unbelievable dance moves. With the Crunk era at its peak, Ciara added a sexy female perspective to the gritty punk-influenced genre, and — along with the likes of fellow ATLien Usher — helped create the subgenre now aptly referred to as Crunk&B.

Automatic, supersonic, hypnotic and funky fresh, the young songstress separated herself from an all-star pack of new singers that included Rihanna, Ashanti, Nivea and the juggernaut trio, Destiny’s Child. As she rose to the top of the charts, CiCi was often compared to greats ranging as far back as Janet Jackson to the late Aaliyah.

Executive produced by Jazze Pha and Anthony “T.A.” Tate, Goodies were released on La Face Records, under Sho’Nuff Records and the now dismantled Zomba Management. The album featured a star-studded cast of guest appearances by Petey Pablo, Missy Elliott, Ludacris, R. Kelly and T.I. and spawned some of her most memorable hits like  “1,2 Step,” “And I,” “Oh,” and — of course — the album’s title track and lead single, “Goodies.” And while the album was not heavily celebrated upon its release by critics, it proved to find immense favor in the eyes of the singer’s newfound fan base.

Debuting at number three on Billboard, Goodies sold over 124,000 physical copies within its first week of release, according to RIAA reports. The lead single, however, went on to reign at the top of Billboard’s Hot 100 chart for seven consecutive weeks in 2004 — which made it the longest number one debut single by a female artist since 1977. And it was because of this and its following hits like “Oh” and “1,2 Step,” that helped the album peak at the top spot on Billboard’s R&B/Hip Hop chart and become certified triple-platinum — selling over three million copies nationwide.

Equipped with snappy production, a high-energy vibe and modern-day lingo, Goodies long list of hits was magnetic on the dance-floor. No matter where you were, once that beat dropped and you heard CiCi repeat “My Goodies,” or Jazze Pha say, “Ladies and Gentlemen,” you dropped everything and rushed to the floor with your best hip-swinging dance moves.

Missy — who already had an iron-clad grip on the dancefloor with her previous hits — only cemented the fact that Ciara was destined to be a star when they joined forces on the album’s second single. Releasing the tantalizing, dance friendly single “1,2 Step,” the multiple beat drops on the song became unforgettable moments in time for a lot of us enjoying the mid-2000s college or high school experience. The energy and chemistry that the two shared on the track would have led anyone to believe that they had known each other forever. According to Missy, however, that’s far from true.

Revealing to USA Today in a November 2018 interview that she and Ciara first met on the set of the video for the single, Missy celebrated how talented Ciara was.

“Back then people weren’t really sing-rapping. Now that’s the thing, But I wanted it to be where she still kind of rap-sings it,” she said. “It allowed her to be able to dance, so she’s not sitting there trying to do all these runs and sing and all that stuff, because you can’t really get off when you trying to sing and then you trying to do the whole matrix thing going backward.”

“Goodies” and “1,2 Step” aside, the album was an emotional rollercoaster filled with incredible deep cuts. If you wanted to keep dancing, Ciara kept the party going with  “Oh” and “Hotline.” If you were in love, Ciara spoke to your emotions with “And I,” “Lookin At You,” and “Ooh Baby.” And if you were going through a situation, she gave you answers in “Pick Up the Phone,” “Next To You,” and “Other Chicks.” It literally felt like the entire album had a song (or two) on there for anyone in any situation. There was no shortage of feels delivered when you hit play.

For her debut rollout, Ciara shined bright in front of America on the biggest platforms in both late night and music countdowns. And thanks to “1,2 Step,” by year’s end, Ciara earned two  Grammy nominations for Best New Artist and Best Rap/Sung Collaboration. Chart-topping singles and award nominations aside though, the debut album earned Ciara the moniker “First Lady of Crunk&B” and helped push her in the direction of true stardom.

Although the tracks released as singles have catapulted the sultry singer’s debut into classic status, true fans of the album know that Goodies had an undeniable sleeper in “The Title.” Sampling L.T.D.’s classic “Love Ballad” track, the song was written by the combined efforts of Ciara, Skip Scarborough (who wrote the original song) and the track’s producer, Jasper Cameron. The ballad “And I” — which was released as the album’s fourth and final single — and “The Title” personified Ciara’s immeasurable diversity as an artist with the abilities to make you feel happiness and pain on any given track with her beautiful vocals. And 15 years later, the album’s slow burner finale is still essential for any romantic playlist.

Goodies is often referred to as Ciara’s best work and for good reasoning. It was with this album that the return of R&B to Atlanta was pushed further as it served as a solid follow-up to the release of Monica’s 2003 “After the Storm” and Usher’s iconic “Confessions” album that was released just months before. And at a decade and a half later, the album still resonates with today’s pop culture.

The album’s vibe is one that patents its own signature choreographed flow — both physically and vocally. Displaying perfect sequence, delivery, and explosiveness thanks to the crunk-injected 808s, Goodies helped set the standard for a new era of talented R&B stars.