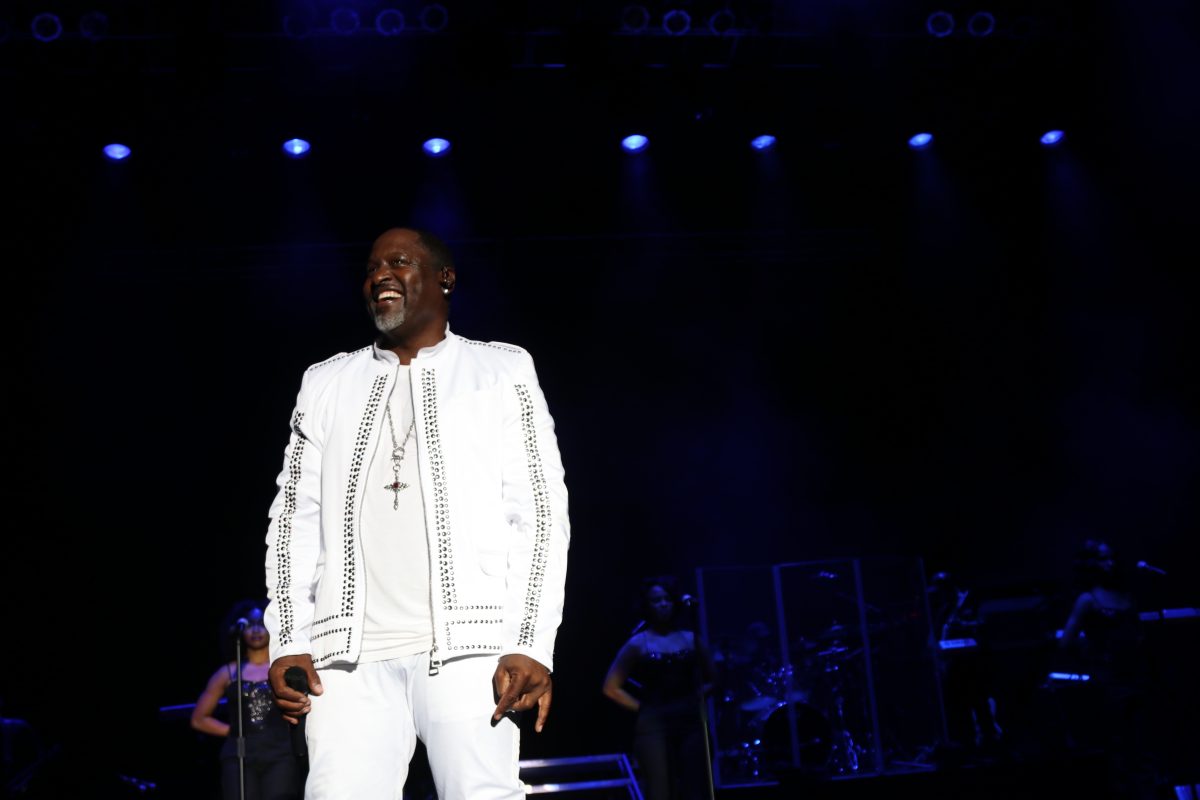 Stokley Williams, lead singer of ‘90s R&B group Mint Condition, kicked off the show with an energy no one can deny. Williams’ rendition of Earth, Wind & Fire’s classic song, “Would You Mind,” was a crowd pleaser. He also threw in a few of Mint Condition’s classic hits such as 1993’s “U Send Me Swingin’,”  “What Kind of Man Would I Be” (1996) and “Pretty Brown Eyes” (1991). In addition to these classics, he wooed the ladies with his recent songs, “Level” and “Organic” which — like all of the previously mentioned— kept the crowd on their feet the entire time.

Dominating the crowd next, the incomparable Johnny Gill gave it his all during his set. Also paying homage to another band of R&B greats – Frankie Beverly & Maze — with a rendition of “Before I Let Go,” the crooner made the audience feel as if it was one big family reunion. Finding a way to take viewers down memory lane, to lovers rock, and even to church in one show, it was nothing short of an incredible performance.

Performing romantic keepsake classic hits such as “My, My, My,” and “Rub You the Right Way,” Gill kept it smooth and made the women melt when he passed out a teddy bear and red roses to two of the audience members. And, right before leaving the stage for the night, the veteran crooner proved that he’s still able to hang with the best of them as he showcased his dance moves during his cover of Janet Jackson’s 1989 hit, “Alright.”

Opening up The Sweat Hotel to close the night out, headliner act Keith Sweat took the stage by storm and had the crowd singing along to every lyric of his classic tracks. Serenading the ladies with all-time hits like “Get Up On It” and the 1997 mega-hit by LSG “My Body” — the latter of which Gill accompanied him on stage to perform — Sweat knew just how to make the ladies do the same.

And while the ladies tried to convince the legendary singer to take his shirt while on stage, he simply replied “I don’t take off this shirt; I sing R&B.” Also covering songs that he’s written or produced to add to his set, it’s easy to see why he’s been able to achieve so much success and longevity in the industry. Taking control of the stage with his performance in his all white outfit and shades, the singer proved that age really ain’t nothin’ but a number through his timeless look and sound.

Check out the photos from the event below!