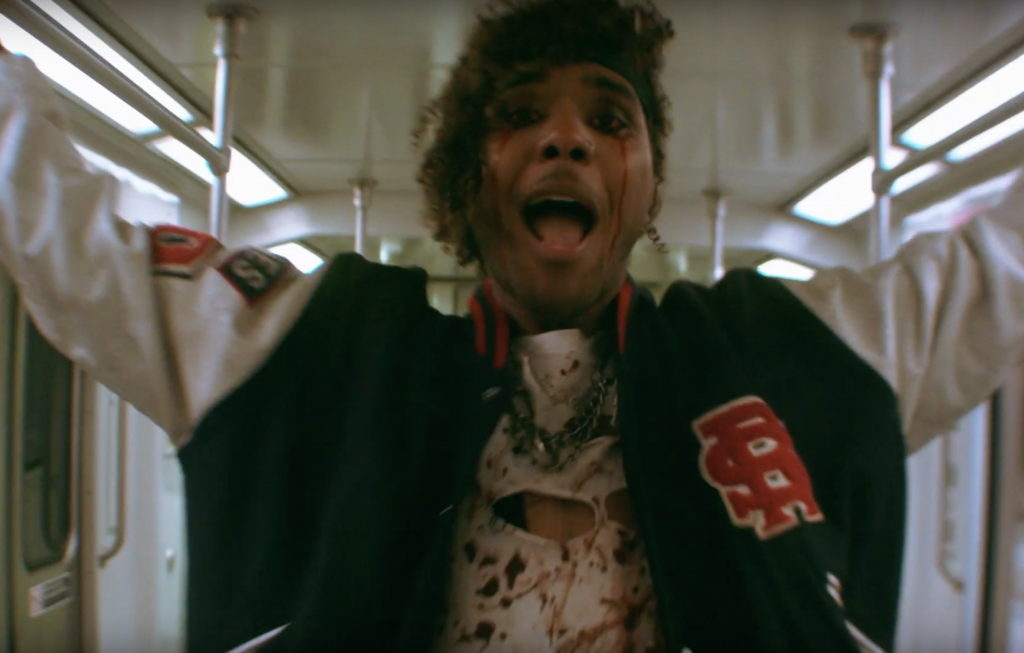 If you’re looking for a creepy way to start your Halloween, then you’ll definitely want to watch Kyle Dion‘s latest visual release to “Dead.” Guaranteed to make your skin crawl, the new video is spooky in its own right.

In the little over four minute visual, the crooner — whose debut album SUGA arrived this past March — can be heard singing about a love that is no longer there. Calling the love “dead,” the video takes things a step further as it shows the singer stepping on a heart ripped out of a body in one of the opening scenes. Reminiscent of Michael Jackson’t iconic “Thriller” visual, the Theo Myst-directed video definitely took a more horrid approach to love being “dead and gone.”

“Dead” is the first single released since Dion‘s debut album. And while fans may be left wanting more new music, they can catch him on select dates of Xavier Omär’s upcoming tour in support of his latest offering.

Until then though, check out the visual to “Dead” below.