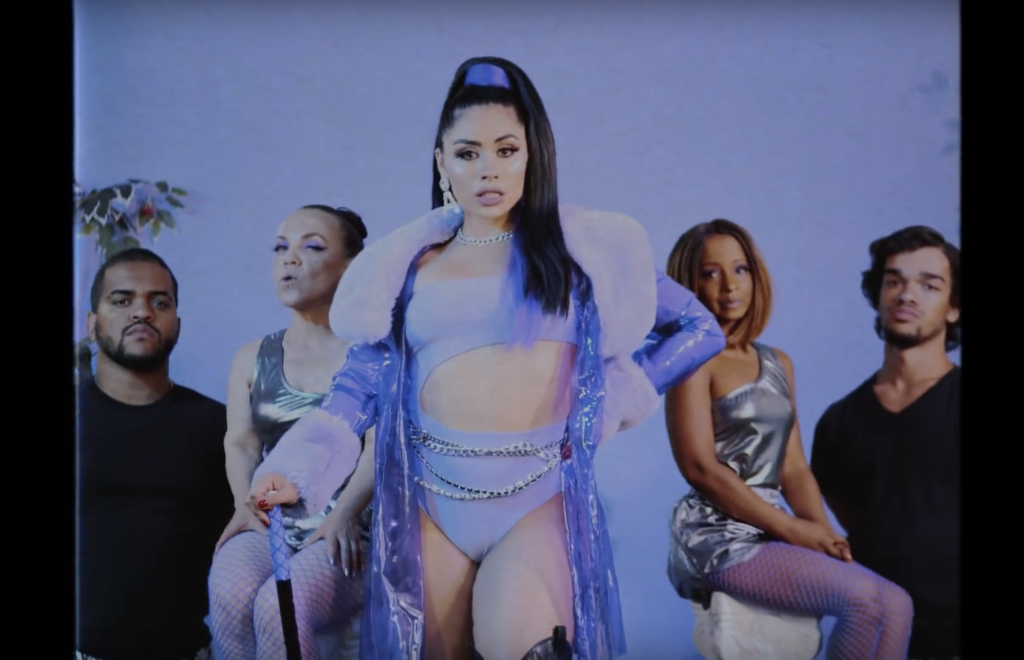 Sultry R&B songstress Alus has taken the classic ‘Oompa Loompa’ melody, and turned it into a titillating track worth checking out. Instead of talking about chocolate though, she seduces with “Cherry.”

Serving as the latest offering from the New Jersey-based Latin American artist, the single’s accompanying video  will make you forget about the male Willy Wonka for all two minutes and 26 seconds. Directed by Prime Prodigy — who has worked with Nicki Minaj, French Montana, Sean Paul, and J Balvin — the video encapsulates some signature themes from the classic movie. And yes, that includes the color scheme and tiny characters reminiscent of Oompa Loompas.

Alus said she got the idea for the song after rewatching “Willy Wonka and the Chocolate Factory” this summer and getting the popular tune stuck in her head.

But she wasn’t just watching movies over the summer. During that time, she dropped two singles: ‘Fuck Nudes, Send Me Your Playlist (FNSMYP)’ and ‘No Bra Club,’ which together amassed more than a million plays on YouTube in just under two months of their release, according to her team.

While we await her next impactful offering, check out the video to “Cherry” below.

Deborah Cox Drops Some Advice On Love With “Easy Way”