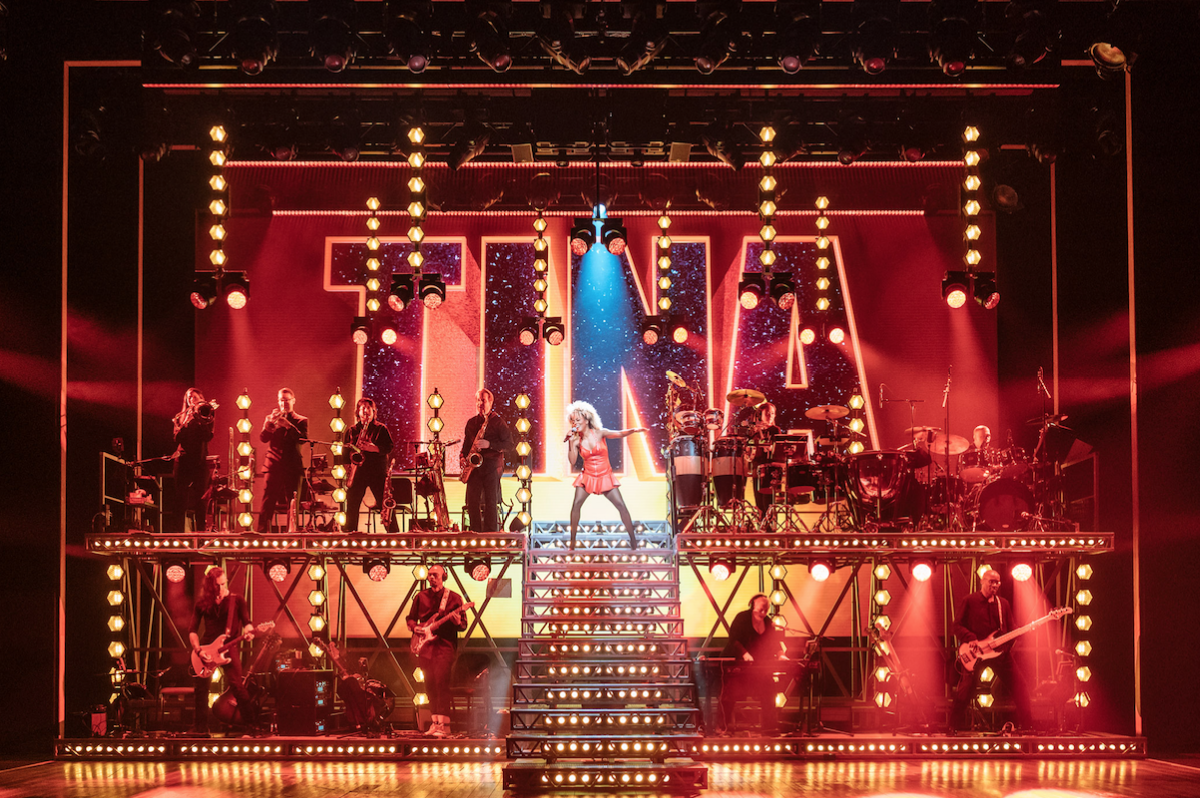 Tina: TheTinaTurner Musical is phenomenal, and has Broadway back on its feet! All hail Katori Hall, an Olivier Award-winning playwright who’s work on this is brilliant. Hall really took the audience on an unforgettable journey in Tina: The Tina Turner Musical. The bio-drama depiction of Tina Turner’s very humble beginnings in Nutbush Tennessee pivoted us through her journey of self-discovery, self-worth, and self-actualization to become the superstar phenom that she is today! It was refreshing to experience the backstory from the perspective account of the legend Tina Turner, Anna Mae’s real life. Turner’s stamina and survival of the fittest work ethic is unparalleled as excellently portrayed by the amazing Tony and Olivier Award-nominated actress, Adrienne Warren. The entire cast magnetic performances captivated the audience with the heartfelt interpretations and portrayals.

Warren is electrifyingly in this role! Her exceptional vocal range evoked every emotion within the audience. There wasn’t a dry eye in the crowd for the tender moment between Warren and Gran Georgeanna, played by the fantastic Myra Lucretia Taylor, when the duo sang  “Don’t Turn Around.” The cast also included other standouts such as the incomparable Dr. Dawnn Lewis who played Zelma, Tina’s mother. Lewis has many awards and accolades to her credit. Lewis’ outstanding portrayal of Zelma, captured all of her flaws and horrible behavior towards her daughter, Tina. In the end, the audience may have left with a sense of understanding and compassion for her. The same could be said about Ike Turner, played by Daniel J. Watts. He did a yeoman’s job delivering every demeaning and condescending word, and unruly hand. Watts is very charismatic and believable in this role. Who could forget the Ikettes, with all the hip swaying and foot stomping, they were remarkably entertaining.

Another show-stopping performance goes to young Anna-Mae, played by Skye Dakota Turner. Her acting and incredible vocals, made it hard to believe she is only ten years old. She has been recently casted to play the young queen of soul, the late Aretha Franklin in the upcoming movie Respect.

Tina: The Tina Turner Musical delivers a riveting powerhouse show, that is a must see by all. The energy in the theater was palpable, from the roar of the crowd applauding, to sing along to all of her classic hits. It was an amazing time, and truly captivating!  There’s still tickets available at the Lunt-Fontanne Theatre in New York City.