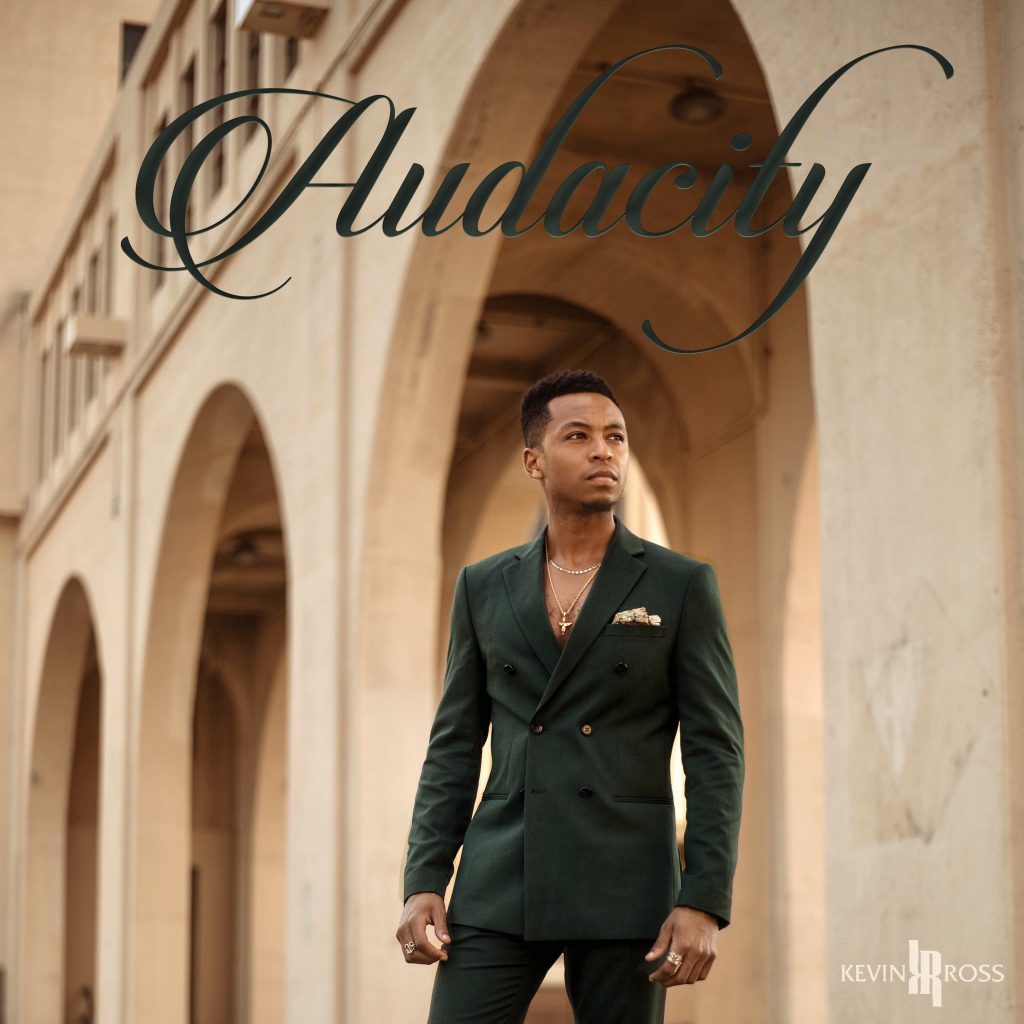 If the absence of Kevin Ross has taken a toll on your relationship with R&B, you can rest easy knowing that today marks his full re-arrival back into  your life with his latest EP, Audacity, Vol. 1. And trust, it’s definitely going to whet your appetite.

With the success of his 2017 debut album The Awakening in tow — which featured hit singles such as “Long Song Away” and “Don’t Go,” the crooner has put the past behind him and is ready to take on a new and refreshing form as he ends his hiatus. Recently parting ways with his longtime record label Motown Records, Ross is now running his own independent label, Art Society Music Group (ASMG), and is ready to get back to the thing the matters the most: the music. This time though, he’s coming back with the ability to be more artistically and creatively free. And when compared to his debut album, stepping in a space that may give him a few surprised looks from listeners.

There’s a stark contrast between the two albums when it comes to overall vibe, but there’s one thing that remains true: it’s still the essence of true R&B music. If nothing else, you can expect plenty of flavor from Ross as he is the true personification of authenticity. It’s evident in his music that he pays homage to the classic R&B sound without losing his musical identity. Though it may be tempting to want to put him in a box a specific genre — whether that be Contemporary, Urban or Alternative R&B — this new EP won’t allow you to.

Audacity, Vol. 1 embodies a surge of artistic, emotional energy, which when coupled with Ross’s buttery voice, produces a magical auditory experience. The versatility within this album proves the singer isn’t afraid to switch things up and that is blatantly proven with his choice to not have any features on this EP. Carrying his own with each track, the project is a beautiful composition of truth, depth, fun, and vulnerability topped off with well-manicured production.

Warm ballads such as “Let It Out,” “Be Honest,” the lead single “Thing Called Love” and its follow-up “Switching Sides,” explore the beauty, yet brutal and humble sides of love and relationships. In the same breath, there’s the cadence of “Forsaken” that brings a welcomed switch to a nightclub vibe. Though still offering a club vibe on the song “On Ya,” the usually reserved crooner offers a risqué take on his sound. A simple yet flirty tune, the song paints the perfect picture of what goes down in the bedroom. “Thing Called Love” showcases his falsetto and puts you in the mood to want to have a good ole’ slow dance. Very reminiscent of what some of your favorite 90’s songs were made of, this song serves as a reminder that Ross is not new to this, but true to this. Above all, don’t go into this album expecting one song to mimic the other.

With censorship and modesty becoming a thing of the past in R&B over the years, it’s admirable to see that Ross still possesses the innate ability to not overly sexualize his music. Though it may seem as if “sex sells” when it comes to R&B, this project reminds us that artist’s can still serve up sensuality in a tasteful and attractive manner. “Let It Out” is a testimony to that.

Backed minimalistic beats, his delicate voice causes pleasure to sit at the center of this brief, yet memorable track. Throughout the song, he beautifully shares an encounter of a his desire to please and protect the woman who has captured his eye. Setting out on a quest to make her feel safe and satisfied so she feels comfortable enough to let go, he strives to handle her delicately. Singing out, “You don’t need to hide when you’re here / I’ll make sure that you’re safe / Want to satisfy every inch / You’re like art in a frame / So let it out of you,” his vocal prowess on this downtrodden, mid-tempo cut will easily cause it be be a fan favorite.

“Forsaken” — the project’s third full track — might be the cross-over song that Ross has been deserving of for years. Uptempo, vibrant and easy to dance to, the beauty of this song lives in its chorus and offers an enticing production into an alluring space. An already perfected club mix, “Forsaken” is ready to take over every nightclubs, rave, and day party alike. And, it’s a side of Ross that we’re sure fans wouldn’t mind hearing more of.  His emotionally charged vocals have you singing along as if you were helping to win his lover back.

Rounding up the album is the track “Honest” — which hosts a slight acoustic sweetness. The title is perfect because it delves into the reality of relationships. In the track, listeners hear a snippet of Ross talking about being too real in a relationship and how much it can ultimately cost you proving that ultimately, some truths are better left unsaid. “Everyone wants to be real / But sometimes you can lose the ones you truly hold dear / Would you be so obsessed about being 100 / If that meant that you would wind up being lonely / How would you feel / Would you still be real?,” he coos out. Featuring beautiful yet visceral lyrics placed on top of polished acoustic guitar strings, “Honest” is another standout track fans will enjoy.

Simply put, Audacity, Vol. 1 is a winner. It’s a fantastically daring reintroduction to those who forgot about Ross and for established fans, a solid reminder of why we fell in love with him from the beginning. It’s a declaration that doesn’t cater to the male bravado of celebrating misogyny while dressing it up in pretty lyrics. Straying away from whining about how he “had a lapse in judgement” while begging from forgiveness from his lady, Ross makes it OK to be in love, be vulnerable and to feel inadequate for your partner sometimes. Audacity, Vol. 1 consisted of well-mannered music that exposes his bonafide artistic identity. Filled with rich melodies, catchy hooks and relatable lyrics, the EP’s decision to exclude misplaced electronic and synth elements is greatly appreciated.

In the intro to the EP, Ross states “Everything is a process, sometimes you have to lose a lot to gain a lot. What’s important is freedom…the audacity to be free,” and with this project, he’ll be able to prove that audacity — above anything else in life — is something that speaks for itself.

London’s AJIA Gets Nostalgic With “Piece Of My Love”