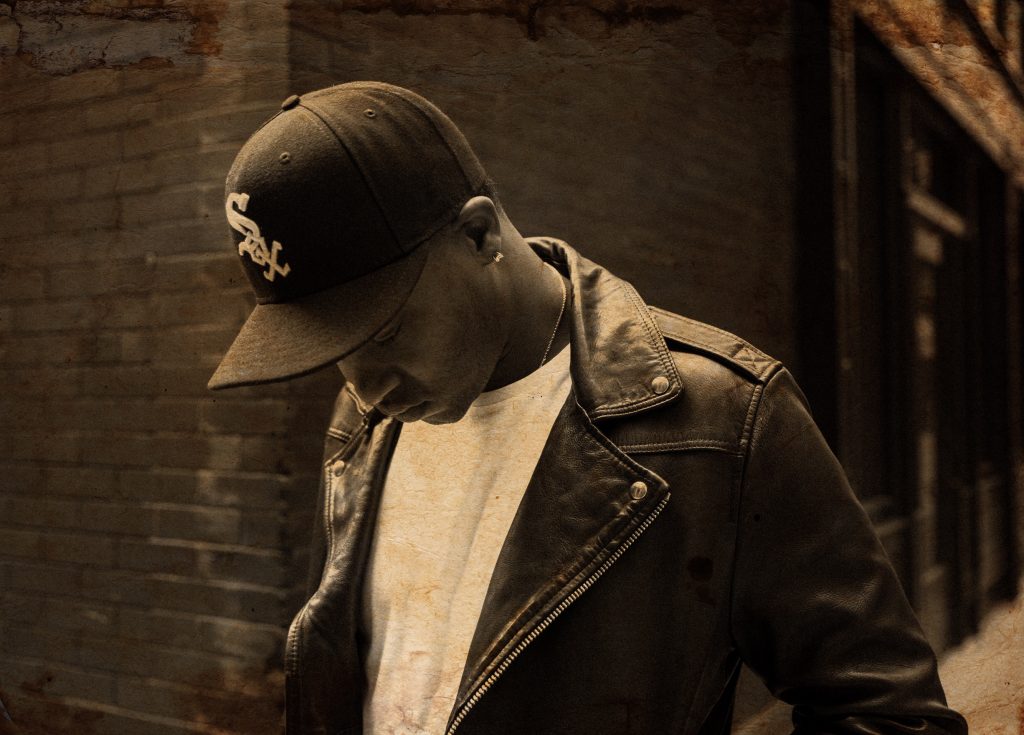 Blessed with a euphonious timbre that soothes your soul like eucalyptus, BJ The Chicago Kid is a rare breed. The six-time Grammy-nominated singer/songwriter — who received two nominations this year for Best Traditional R&B Performance (“Time Today”) and Best R&B  Album (1123) — boasts an impeccable and underrated body of work. His collaborations include fellow souls in common like PJ Morton, Ari Lennox and Solange. Yet, he is your cool ass cousin when he connects with peeps such as Anderson .Paak and Rick Ross. At one point, both of his parents were choir directors, so his praise worthy vocals will also take you to church.

His latest release 1123, is a masterpiece on which he deftly blends neo-soul, blues, pop, and funk. It is proof of what happens when a student of the game wins with humility, creativity and consistency.

ThisisRnB’s Rocki recently spoke with the “Turnin’ Me Up” singer about the inspiration behind his artistry, his recent album release, how he feels about being an artist in this social media era and more.

TIRNB: Talk abut the progression of your music and how you’ve matured as an artist from 2012’s Pineapple Now-Laters, to 2016’s In My Mind and now your current album, 1123.

BJTCK: It really just goes with my life. My life matures just naturally. I’d rather be better every day and try my best to be honest and I think it just transcends to my music as well. My life has always kind of played a major part in my music whether it was just the emotion, whether it’s just the stories themselves, whether it’s the lyrics, whether it’s just not being able to turn off the creative and inspirational switch that will never die.

My music has definitely changed a lot. It’s just hard to pinpoint each album’s difference because it really is just mature. With me, even the producers that I work with are mature in every way.

TIRNB: Your cover of Ella Mai’s “Close” is absolutely splendid! What made you decide to do that?

BJTCK: Shout out to Fuzzy from LA. A lot of people know him from Big Boy in the morning. He came to the studio one day and he’s like, ‘Man, I know you like flipping stuff, check this out, have you heard this?’ I was like, ‘Yeah I heard it, but I never listened to it like that.’  He went and sat on the couch, and within 48 hours I was calling him back to come hear something.

It was one thing about “Close” that was kind of crazy. When he [Fuzzy] left, I was in the studio just me and the engineer. I don’t have the skill level of a real piano player, and for that song, it’s piano on her version. So, I had to sing everything that that piano player was playing and that’s why my voice is the sample in the background because I didn’t have a keyboard player.

I began to sing what I heard the keyboard player play and that’s what began to form the different sound of it and of course we tweaked it, but that is my vocal just doing the main vocal sound that the piano was playing on her sample, which is actually my voice on mine. So it just speaks to how the creative always figures out a way to do it because there’s a way to do it.

TIRNB: Do you have a special someone who inspires your music? Because the way you sing songs like “Rather Be With You,” it sounds like you’re speaking from experience.

BJTCK: I’m not in a relationship right now. I think “Rather Be With You” is a song about everybody that’s got to go outside their comfort zone and they’re with somebody, or they’re in love with somebody and they got to go and get it from somewhere else, so it puts a strain on the relationship, or it just takes time away from the relationship. A lot of time, they can make the opposite person feel they’re neglected and that’s kind of the worst because that’s a total misunderstanding, especially when you do not ever try to make them feel that way.

For example, if I am in a relationship and I got to go to the Met Gala, and they see me in a picture with Jay-Z and Beyoncé, and they see me smiling cause I’m really happy to be in that picture, but you think I wouldn’t be happier if my baby was in the picture with me? Yes, I would be even happier. I will cancel all this for you.

TIRNB: The part when you say: “Don’t wanna be in the club all night thinking or arguing about how much money Puff makin’ / Oh, baby I swear that I’d rather be with you / Yes, I do.” Love it! That’s my favorite track on 1123.

It’s like what you see is not what it really is.  It’s just straight from how we talk and the way we are. That’s one thing that I always valued from Al Green and Marvin Gaye too, I mean, pick one — James Brown; they talked to us, everybody else just so happened to be in the room and that was fine with them. I’m talking to my people.

That song has such a pop, polished sound I think that’s why I loved it. And then it had like a little ode to Carl Thomas, as well. It has such a beautiful mixture of music to me that I feel like it was only right that I didn’t mess up what was already painted on canvas via the producer before he gave it to me. That’s how I look at music, it’s like art like somebody yells ‘Paint’ and gives it to you; this is beautiful, you better not mess this up. You better make this right.

TIRNB: What would you be doing if you weren’t doing music?

TIRNB: Tell me what it’s like to be an artist in this social media era. What do you see as some of the challenges and some of the benefits?

BJTCK: Direct connection with your fans is unbeatable on the positive side. Sometimes of course, social media also can give people a space to say the things they shouldn’t say, things they wouldn’t say if they were in your face.

I’ve met a lot of positive people through it too, like people I’ve worked with on my album, I met through social media. Everything on there is not good, and there’s some good stuff on there – it’s like a buffet.

Sometimes it’s showing me what we think about as a society. If I’m giving you awesome music, it shouldn’t really be the subject to the point where you’re chasing me and I’m almost about to crash my car because you don’t know who I’m sleeping with or who you think I’m sleeping with.

TIRNB: I love how authentic you are and how you don’t buy into the bullsh*t and drama that can bog down your artistry.

BJTCK: Some people think that it’s a gift and they cursing me too. People are like, ‘That’s probably why a lot more people don’t know about you, you don’t have a famous girlfriend and you aren’t in no scandal.’ When you got talent, you really shouldn’t have to.

I just love people that get it, that’s how I know when I have a show, everybody that comes, wants to be there and is supposed to be there.

I’d rather die being a lion tamer than a clown in the circus.

BJ The Chicago Kid’s 1123 is available now, on all digital platforms.