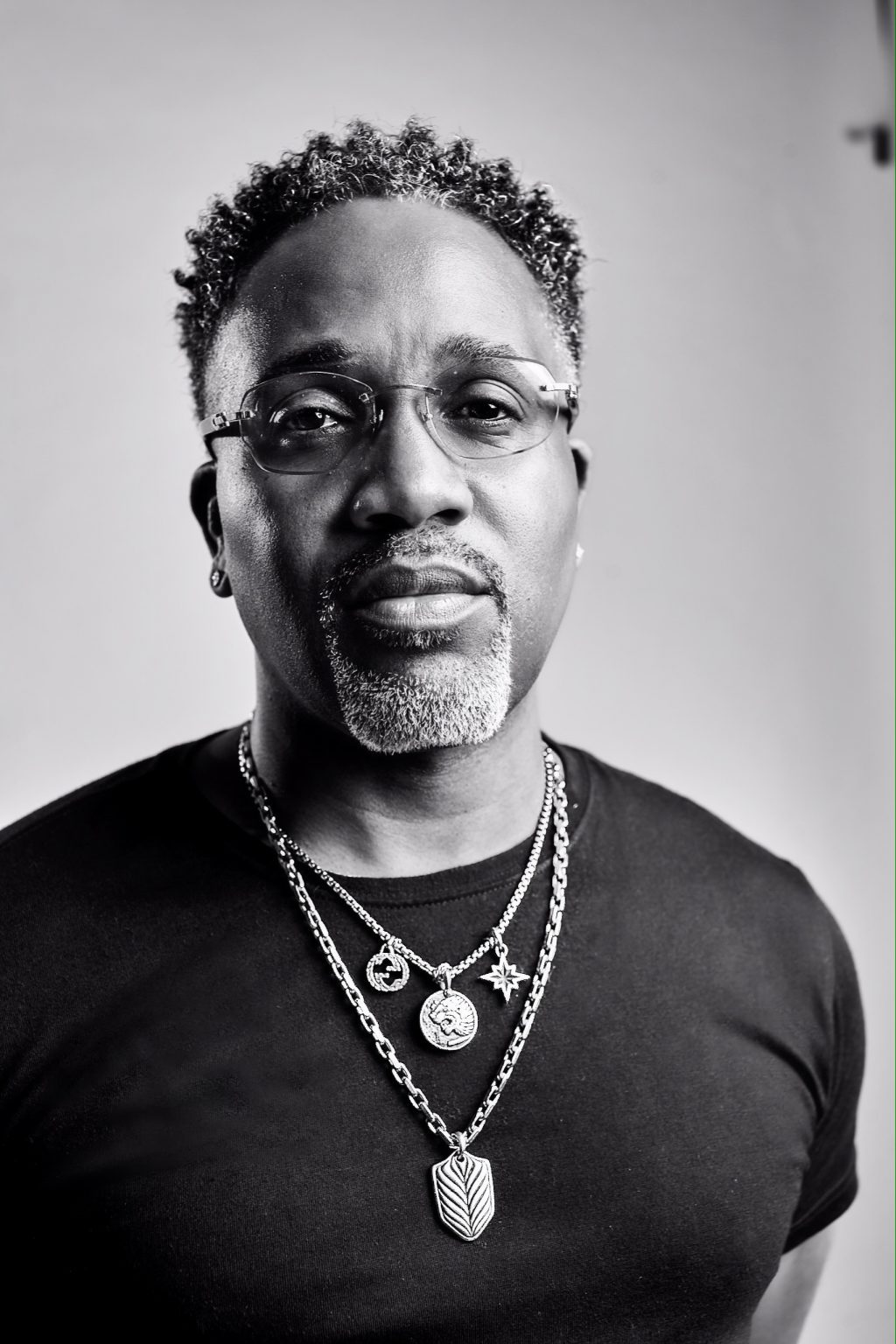 Three tine Grammy Award-winning producer, Troy Taylor is a name that everyone should know by now. Responsible for crafting the sound we know and love from R&B crooner Trey Songz, his hit-making production on Songz’s catalog alone evolved into creating hits for a wide variety of current day singers such as Jacquees, YK Osiris and K. Michelle as well as transitional comedians Kevin Hart and Lil Duval. Boasting a career that has spanned across three decades (previous credits include Color Me Badd, Boyz II Men and more), his talented approach to music has also earned him a music producing position on the popular FOX series, Star during its run. And if that wasn’t enough, the incomparable producer was recently presented with the “Key to the City” in his hometown of New Haven, Connecticut.

If his past accomplishments weren’t enough to garner respect and admiration from R&B artists, fellow producers or lovers of the genre, the fact that he’s still consistently pushing out hits with some of the biggest names in R&B should. ThisIsRnB recently chatted with the super producer who took a moment to reflect on his lengthy career, his ups and downs, working with legends, the current state of R&B — including who really holds the title of the King of R&B — his impact on the genre and more.

TIRNB: You are known for “helping legends remain legends.” Tell us: what does that entail of?

It simply means when I work with legendary artists like The Isley Brothers, Aretha [Franklin], Whitney [Houston] or Patti Labelle, I have to make sure they sound like their classic selves. Also, making sure that they sound current to fit in today’s music. Nothing less than what they’re known for.

TIRNB: Though you are mentor to many, have you ever had aspirations of releasing your own music again?

When I decided to no longer be an artist, I never looked back. It was one of the best decisions I’ve ever made in my career.

TIRNB: Coming from a musical family background, was it competitive growing up with various types of musicians like your father and grandfather?

My father died before I was born and I never got to see my grandfather work in his prime. I learned about him when I got older. There was nobody else that I knew of in my family that really pursued music.

TIRNB: How do you remain hungry after so many accolades?

Music is my hobby as well as my job. So the hunger is self provoked.

TIRNB: It’s no secret that you have collaborated with plenty of big names. So we have to ask: who was your favorite and what did you learn from them and the experience?

My collaboration with Aretha is by far my favorite simply because she’s the Queen. I learned why she is the Queen. Her work ethic was incredible. She was well prepared and knew the lyrics by the time it came time to record. She knew what she was gonna do to the melodies and arrangements. The artists nowadays don’t really practice, rehearse or prepare for sessions.

TIRNB: You’re very well known for signing Trey Songz. Tell us about the discovery process and what made you want to sign him.

I met Trey in the summer of 2000. I was asked to listen to him sing and give my thoughts. He came by and sang for me. He sang “Where I Wanna Be” by Donnell Jones. I could hear in his tone, he had something special. So I focused on that and begin to show him how to really perfect that. He had never recorded nor did he understand what to do. I’m a firm believer in artist development, and I took the time to really develop his artistry.

TIRNB:  You’ve had the opportunity to work with comedians Lil Duval and Kevin Hart. With musicians voicing their opinions on comedian-turned-recording artists, give us your thoughts on the situation? Should comedians stay in their lane? And, how was it working with Duval in the studio?

Lil Duval was very dedicated to making sure he was on point. He was very fun to work with. He took his vocals and song seriously, and he was very professional. I also feel like nobody should be limited in what they feel they can do within themselves. People will always try to dictate what they feel you should be doing. If you have multiple talents and/or dreams to pursue other talents, then go for it.

TIRNB: Your career spans across decades and your opinion on R&B has grown to be coveted. So, it’s only right that we ask you — who is the King of R&B in your opinion.

R&B is royalty. Everyone who treats it with respect and abides by the rules  — which are, making sure your emotions are being felt through your vocals — holds the title. There should be a true expression in your tone. Your lyrics should always — in some way — inspire, uplift or pull out some kind of reaction; whether it’s happiness, sadness, sexual or love. That’s the job of an R&B singer. If you can do this, then you are a King or Queen.

TIRNB: What do think some of your ups and downs were while pursuing music? And, what was it that got you through?

Well, the hardest experience I’ve had was going through a divorce while making the Trey Songz Ready album. I was so hurt and crushed. Yet I had to make sure this album was the best it could be since it was his third album and Atlantic made it clear that if this one didn’t work, he was gonna get dropped. Needless to say, God brought me through as He promised, and as a result of that, that album became a true R&B classic.

TIRNB: What’s the most important lesson you can bestow on a new singer?

TIRNB: What’s next for Troy Taylor and your imprint?

The next move I’m in the process of making is to inject myself into the next generation of R&B. To help them understand what their responsibilities are. I feel the bar dropped due to the lack of true vocals. Autotune tends to strip the emotion out of your voice. I’m not against autotune, but there is a great way to use it to where the emotion and tones can still cut through.

TIRNB: Can you share an interesting production story with us?

In 2003, I worked with Whitney Houston. I was recording two Christmas songs — “Chestnuts” and “First Noel.”  I decided to record the session on CD to have those moments locked in time, not knowing she would pass away 9 years later, I managed to preserve that recording and now I can listen, laugh and reminisce on my time producing her. It is something to hear.

TIRNB: Winning a Grammy is something that artists and those in the music industry chase their entire career. What is like winning one?

I cannot lie, winning a Grammy is the best and the most accomplished feeling there is in this music game.

TIRNB: With a new decade here, where do you see R&B headed?

I see real R&B coming back in 2020 with artists like Kevin Ross, Tonestith, Lucky Daye, Bobbi Storm, Devon Culture, H.E.R. and many others. Dope, real singing, performing artists will continue to rise.

TIRNB: Although your son Quincy is now in college, does he have any interest in uprising music?

My son has been bitten by the bug of music. He wants to learn how to perfect it, produce it, write it, and perform it. He’s somewhat of a perfectionist. He’s in college for Entrepreneurship and Coding, but he’s still making room to learn the musical side.

TIRNB: In your opinion, what are the five best R&B albums of all time?

My top five is very hard to name, but I’ll give it a try. In no particular order, Off the Wall by Michael Jackson; Usher’s Confessions; Control from Janet Jackson; Ready by Trey Songz; and Whitney Houston by Whitney Houston.

ThisisRnB Parties - Not Another '90s Party | The Kickback | R&B Thursdays