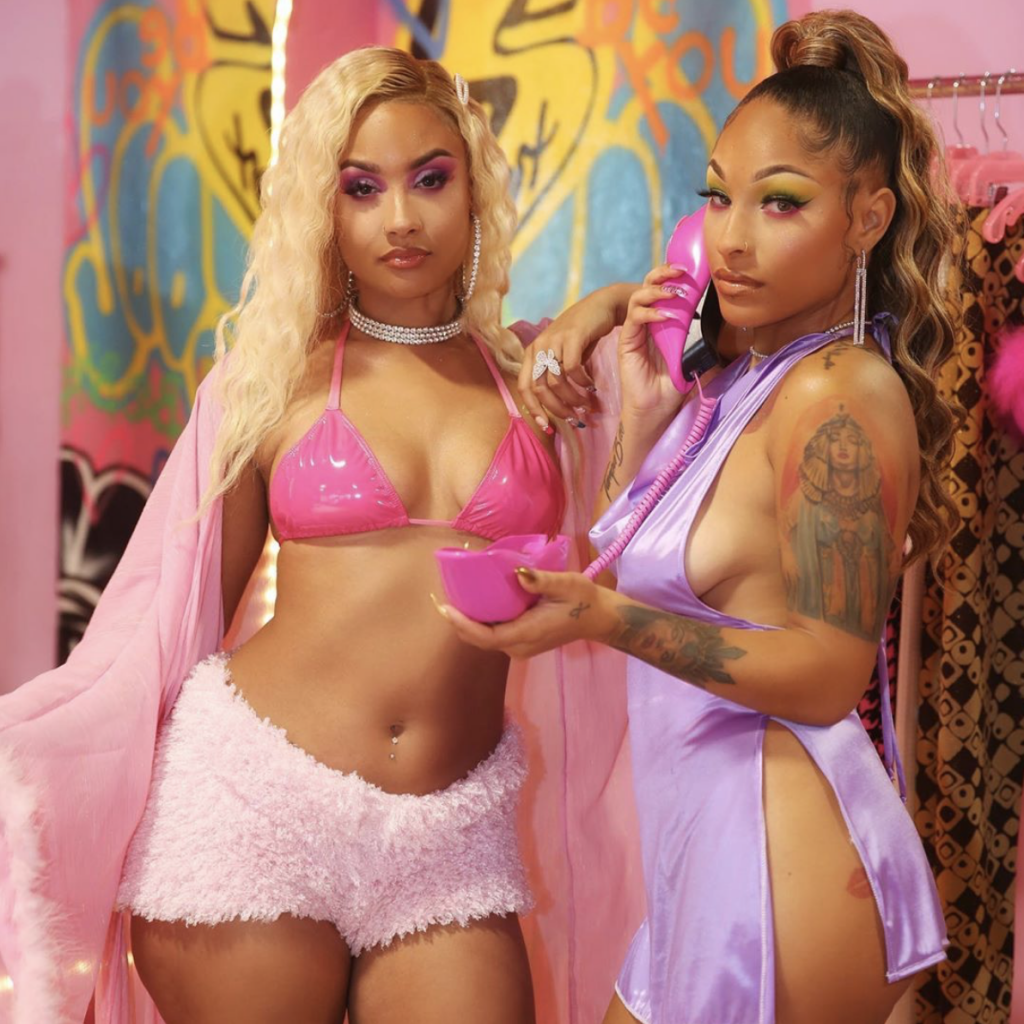 The music industry has a new duo to put on your radar and if it’s left up to them, they’re going to take over. Known collectively as Layomi The Tampa Baes, the two Florida beauties — OG Layla Johnson and Naomi Bravo — are here to prove that they have what it takes to takeover. Premiering the visual for their single”No Apologies” here on ThisIsRnB, the ladies want viewers to know that they’re here to stay and they’re not apologizing for it.

The song, which dropped in 2019, hears Naomi Bravo cooing out on the chorus about offering no apologies to her ex while OG Layla takes each verse to expose the lies and flaws of her lover.

When speaking about the new visual, the “Tampa Baes” told ThisIsRnB, “This song was actually the second we wrote with Lunch (LunchMoney Lewis). It was summertime in Miami and — sidenote the sun was hittin’ and we got the best tans of our life. The mood and theme of that summer was definitely UNAPOLOGETIC, so the hook came so easily while the beat complimented the mood. Once the hook was created the song wrote itself. Definitely one of our favorites.”
The duo, who introduced themselves to the industry with their rap-based single “Dope Boyz” — a track that pulled inspiration from Jeezy’s 2005 hit “Go Crazy” — like to express themselves through their fashion as well as their music. And, being from Florida, that means honing in on their individual, yet cohesive unique styles.
“Well fashion is another form of self expression. Just like music,” they said. “You ever see a girl get her heart broken then all of a sudden she riding round bumpin’ Trina, rockin’ fits that look like she got them out Rihanna’s closet and she stunting on her ex looking like she just walked out of NYFW?! Fashion is vital for expressing your mood & individuality and that’s exactly how we utilize it in this video. In the “No Apologies video, Adrianna Sahars clothing was exactly the mood and theme of the song: Clueless meets Sex In The City. So, it complimented the video so well.”
As for the message they’d like to deliver to young women and men with their music? To find a way to be unapologetically them, of course.
“First things first, self love is vital,” the said. “Second, be fierce and have confidence in everything you do. We believe everyone has the right to express themselves. It’s OK to walk away from anything that doesn’t serve you in a positive light. If you’re dating or find yourself with “friends” that don’t give you love and respect or feed your spirit, love yourself enough to let them go. Being unapologetically you is your shield and you should never be afraid to use it! There is only one you, and you only live once. Never settle & live it up!”
Take a look at the video below and let us know if you’re feeling it.
Tags: Layomi