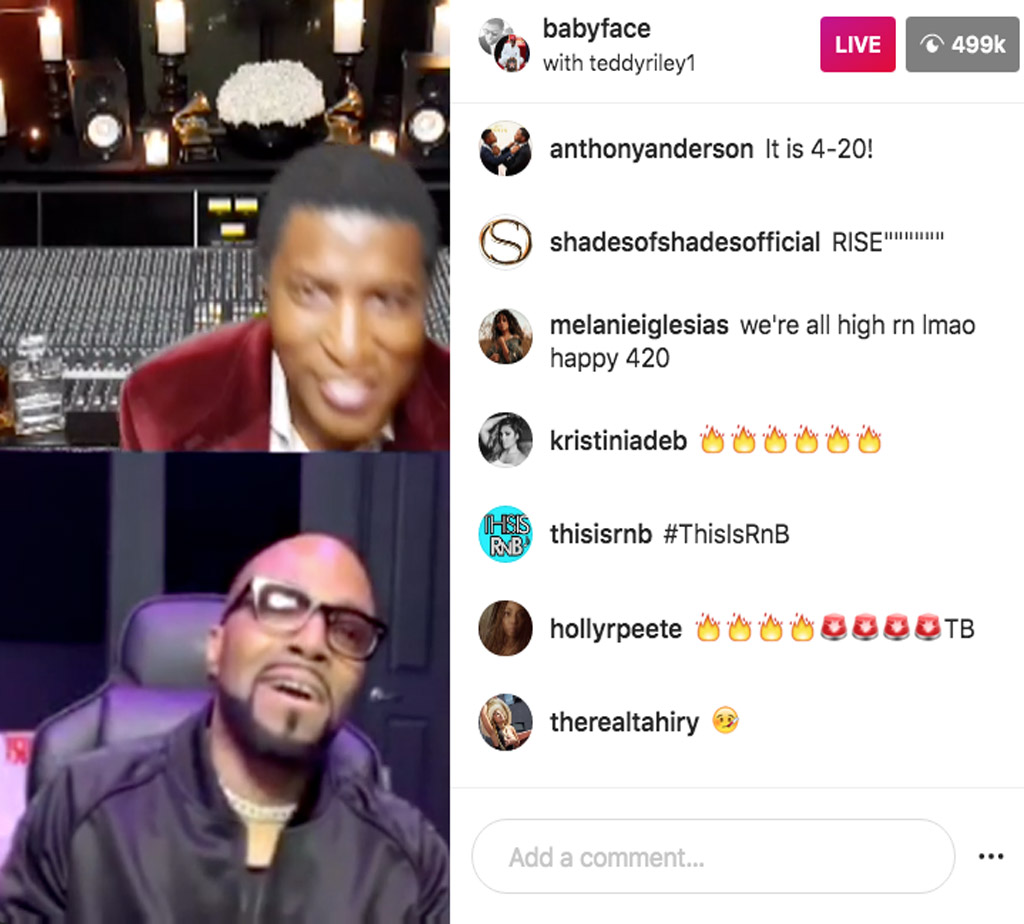 Babyface “Verzuz” Teddy Riley IG-live event was epic with over four million people participating including industry luminaries. With so many more music lovers trying to log on, it seems as if Instagram was not able to handle such a massive crowd. Here’s a recap of some highlights from the event.

After a two day postponement due to technical difficulties, the battle, or as we like to refer to it as the melding of RnB energies. The two of the most iconic songwriters, and music producers in the industry did not disappoint.

He then followed with “Love Shoulda Brought You Home” from the Boomerang soundtrack by the Grammy award winning singer, Toni Braxton. This was her debut single.

As a collaborator and producer on a few of Michael Jackson’s hits “Blood on the Dance Floor” and “Jam,” Riley had an MJ story of his own to share. “Working with MJ felt like an AP course, when I didn’t even go to college.It was like me going to the next level.”

While Babyface and Riley shared fantastic stories throughout the night, it was really all about the music.

During an impromptu “intermission,” Babyface graced the viewers with a snippet of an acoustic performance of the three time Grammy award winning song, “Change the World” which he produced and performed with Eric Clapton at both MTV’s unplugged and the 39th Grammy awards in 1997. He left the viewers wanting and begging for more.

Before the event came to a close, Babyface shared a personal health issue with the viewers. “I had COVID-19 myself and it was kind of scary. I’m blessed and happy to be here—and thankful.” He then played a song of inspiration for everyone trying to deal with and come to grips with coronavirus. The song choice was “Count On Me” by the late Whitney Houston and Cece Winans, mixed with Houston’s collaboration with Mariah Carey, “When You Believe.” It was so touching and heartfelt. We suspect there wasn’t a dry eye on the gram.

Both Babyface and Teddy Riley are incredible music producers, singer songwriters and legends in their own right. Riley set the club scene on fire with his new jack swing, while Babyface kept it smooth with classic love making r&b.

We salute and thank them both for #KeepingRnB Relevant!